Frostsnow https://frostsnow.com/
Home Gossip How much Does Charlotte Jones Earn In a Year? Find Out About Her Net Worth and Career

How much Does Charlotte Jones Earn In a Year? Find Out About Her Net Worth and Career

Daughter of one of the most powerful owners in NFL and also the most influential woman in the league, Charlotte Jones Anderson is the Executive Vice President and Chief Brand Officer of the Dallas Cowboys, an American football team.

She has an estimated net worth of $100 million while the team which she has worked so hard, The Dallas Cowboys, is worth $4.2 billion.

Born on 26th July 1966, the 52-year-old is the first woman in the history to serve as the Chairman of the Salvation Army's National Advisory Board.

If you want to know more about the elegant and powerful lady, here we are going to share some information about her career and net worth.

Anderson previously worked at the office and legislative staff of U.S. In 1989, her father Jerry Jones bought the Dallas Cowboys for $150 million, and just a year later, she decided to take things in her hand and initially took charge of America's most famous cheerleaders.

Take a look at some articles related to Jerry Jones's wife.

Since then, she has become a big name in NFL and has been in the game for the past 27 years. Being a woman, no one had expected her to become so successful, but with time she has done it and is making headlines for her contributions.

Numerous sources claim that she is the one behind the boys and has the greatest hand in making Dallas Cowboys worth billion dollars and also one of the most valued team. She currently serves as Executive Vice President and Chief Brand Officer of the team, and she has contributed a lot in the past years.

She was a participant during the 9th Annual CMO Summit conducted by Forbes and her team also collaborated with Victoria's Secret and the first ever Victoria's Secret PINK store was launched inside a professional stadium.

Watch an interview with Jones.

In 2014, she was also announced as the chairman of 2014 Final Four and in 2016, USA Today newspaper named her as the 89th most important person in the NFL.

She is also the proud recipient of the Individual Arts Patron Award, which she won during the Texas Medal of Arts Awards in 2013.

Charlotte Jones net worth and earnings

As we have already mentioned, Charlotte Jones has an estimated net worth of $100 million, according to Celebrity Net Worth. During her initial days in the team, sources claim that Jones was paid $31,000 on a monthly basis.

However, in less than a year, the figures increased to $60,000, which is massive. Even though there are no exact figures about her yearly income, it is safe to assume that her annual salary is in tens of millions.

Being the Executive Vice President of the team which is worth $4.2 billion, her earnings to be in million is pretty obvious.

Moving on, Jones is married and currently lives with her husband Shy Anderson and three children in Dallas, Texas.

Her mansion located in Texas is the 59th most expensive house in Dallas with the land value of $4.9 million alone. The luxurious villa covers 10,228 sq ft, and the noteworthy feature of the estate is it's six fireplaces. 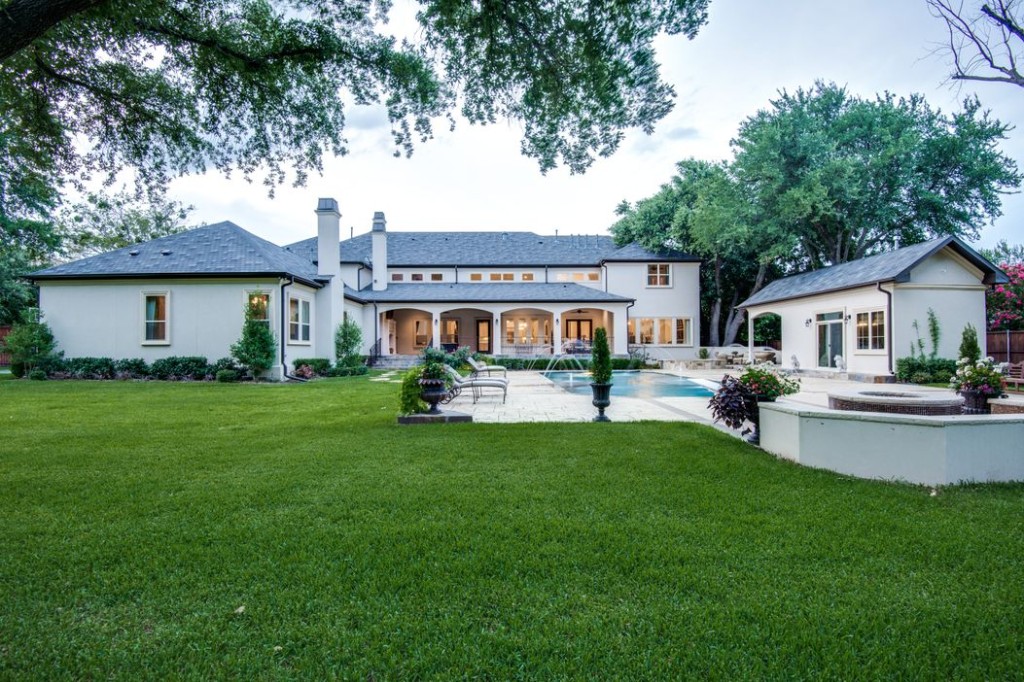 Apart from this, there is not much information about her other houses and the car she drives. At the end of the day, what matters is that she is inspiring young girls and is beating the stereotypes.