Frostsnow https://frostsnow.com/
Home Gossip How much Caroline Stanbury earn as Personal stylist? Find out her Net Worth and Career

How much Caroline Stanbury earn as Personal stylist? Find out her Net Worth and Career Let’s find out more about her assets and career.

Stanbury, a mother of three kids lives a very luxurious life with cleaners and nannies to assist her. At present, Stanbury lives in her home in Dubai with her husband and children, but she still owns a house on the London outskirts. She lived in London since she was 16 years old. Stanbury’s Dubai villa is named Al Barari. It is a seven-bedroom suite which also consists of a spa, gym, pool, restaurant and a lush garden. She says that Al Barari has everything that she needs that she doesn’t even have to move around.

Stanbury is often spotted in different cars, but don’t confuse yourself as she owns all the cars she is seen posing with. During an interview, Stanbury revealed that her wedding took place in Istanbul as her husband Ceb is Turkish. Her wedding was so fabulous that it went on for 4 days. Image: Caroline Stanbury with her husband

Stanbury is the CEO of two highly successful companies. Among which, one is ‘The Gift Library’ which was established by Stanbury in 2008. It is an online gifting service which has a variety of range of luxurious gifts from more than 100 amazing designers. The price ranges from £15 up to over £10,000.

Similarly, the next one is ‘The Wedding Shop’ which provides services to the bride-to-be to create their perfect dream wedding. Stanbury runs her two business from Fulham.

Caroline Stanbury is a busy woman

During an interview, Stanbury opened up saying that someone like her doesn’t have time to go out and everything has to come to her such as makeup artist, manicure, pedicure etc. She even admits that she’s too busy to even go out shopping as she is the CEO of two companies and a mother of three children. 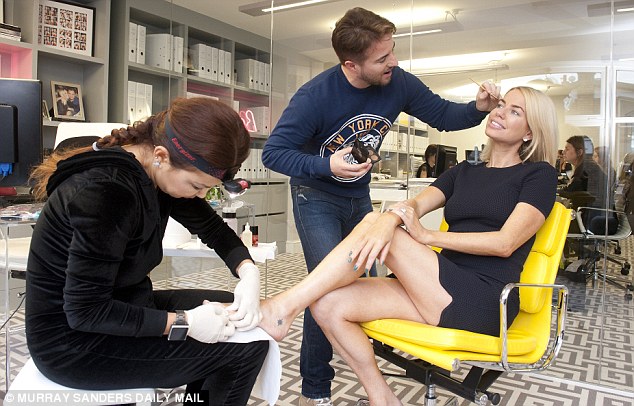 Image: Caroline Stanbury getting her makeup and nails done

Caroline Stanbury makes her own money

Stanbury is a lady who stands as an inspiration to all the woman around the world. Despite having inherited wealth and being married to a rich husband, she believes in the idea of not needing a man to support her. During an interview, she said:

‘But I wanted to work. Eighty per cent of my girlfriends don’t work — and don’t understand why I do, when I don’t have to. But why would I want a man to support me? That idea disgusts me.’

An inspiration to all the women and even men, Caroline Stanbury has established herself as a leading business person and we hope she continues to do so. All the best. Disney Star Lauren Taylor is Single or Married,Know about her Affairs and Relationship