You know labels are for containers and not for people. There are only a few people who believe love has no gender, no age, no race, and in fact no labels and among those few people are Holland Taylor and Sarah Paulson. TV personality Holland Taylor is best known as Evelyn Harper of ‘Two and a Half Men’. She is currently dating What Women Want actress, Sarah Paulson.

Taylor and Paulson have been involved in a romantic love affair since 2015. The lesbian couple doesn't mind exchanging their feelings for each other publicly and believes that all people have their own opinions and also believes that they shouldn't care.

Let’s have a closer look at Taylor and Paulson’s relationship.

Taylor seems to be in much love with Paulson as she revealed in an interview that Paulson is the part of the most wonderful thing in her life and her wonderful relationship helps to make sense of everything else. Taylor expresses her love for Paulson all the time and we are sure she wants to say, "you are the most beautiful that I keep inside my heart". 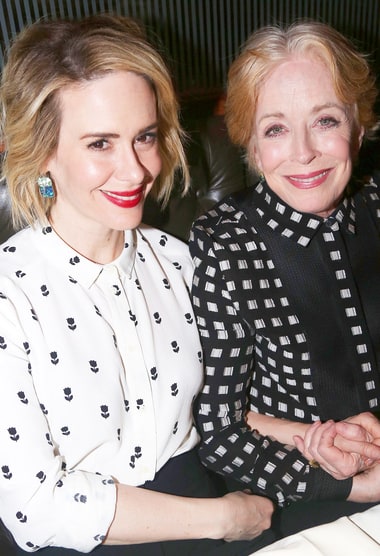 Have you ever found someone who knows how lucky they are to have you? Paulson has found one. Holland accepts herself as the luckiest person on earth to be in a loving relationship with Paulson and cannot talk about her life at present without mentioning the love of her life.

You might be amused to know that Taylor doesn’t feel all the feeling of love just alone as Paulson also has similar feelings for her. Paulson opened up to New York Times as she admitted that she is in love with none other than Holland Taylor. She also explained that her life choices aren’t based on community’s opinion. She said:

"If my life choices had to be predicated based on what was expected of me from a community on either side, that's going to make me feel really straitjacketed, and I don't want to feel that. What I can say absolutely is that I am in love, and that person happens to be Holland Taylor." 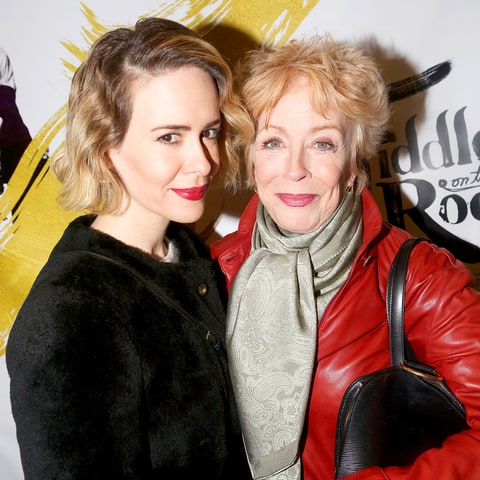 When Paulson received her Emmy Award for her amazing performance as prosecutor Marcia Clark in the O.J. Simpson-based mini-series, she didn’t forget to mention her love for Taylor in her speech. During her speech she said:

'Holland Taylor, I love you,’

Paulson didn’t just mention Taylor during the speech, but also ahead of the ceremony as she walked down the red carpet. She said:

'Hi Holland. If you're watching, Holland Taylor, I love you’ during a TV-interview.

Back home, Taylor also responded quickly to Paulson’s love confession as she posted on her Twitter saying: 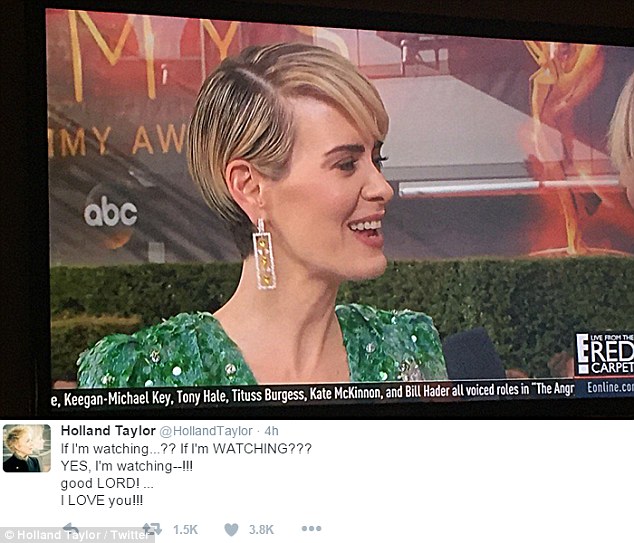 It is not just Taylor that Paulson has dated for the first time as she was in a relationship with Cherry Jones and later with Tracy Letts.

Despite the fact that the society still feels quite awkward to accept a lesbian relationship, Taylor and Paulson have proved that love has no boundaries. They stand as a role model to all the gay couples out there and inspire them immensely. Till date, there are no rumors of divorce between the pair.

A love relation of this kind should be respected, admired and should be accepted. We hope all the very best for this couple's future.