Frostsnow https://frostsnow.com/
Home Gossip Hayley Stommel Is Pregnant: Will Give Birth To A First Child With Her Husband, Tyler Hubbard, Detail

Hayley Stommel Is Pregnant: Will Give Birth To A First Child With Her Husband, Tyler Hubbard, Detail It's time to congratulate an American couple, Tyler Hubbard and Hayley Stommel. Why? Because after two years wait, they are finally excepting their first child and what could be more joyous for this married couple?

Tyler Hubbard is a renowned American musician who is widely known as a member of the Nashville-based Florida Georgia Line. He has been married to his long-term girlfriend Hayley Stommel since 2015 and the family of two is going to be added up by a child.

Let's get into the personal life of the couple and find out all the details about their love affair, married life and the pregnancy of Hayley. Just stay with us.

This adorable couple, a few weeks back announced that they are excepting their first child. The news about her pregnancy was announced through an Instagram post shared by Tyler on June 7. The post featured his picture with his beloved wife Hayley who was holding a pregnancy test report and the caption read;

We've had such a hard time not telling everybody for the last few months because we are SO excited.... WE ARE PREGNANT. Holy cow we're going to be parents. God is so good and we can't wait for this next chapter of our life. #lilhubbard

We've had such a hard time not telling everybody for the last few months because we are SO excited.... WE ARE PREGNANT. Holy cow we're going to be parents. God is so good and we can't wait for this next chapter of our life. #lilhubbard

The Florida Georgia Line singer Tyler and his wife Hayley announced that they are going to have their first child in June, whom the test claimed to be a boy. They even shared a beautiful video clip to announce that they were expecting a baby boy. Check it out.

Dirt bikes or diamonds? ..... dirt bikes it is everybody. We can't believe our first baby is a boy and just incase y'all were wondering this is my #currentmood Thanks @kaileydickerson for the ??

However, later they revealed that the soon-to-born child is actually a girl as Hayley's first blood test went wrong. They announced this through an Instagram post. Check it out.

Gods got jokes......After thinking we are having a boy for the last few months, turns out the blood test was wrong and we're actually having a little girl. Woe... so many emotions but really really excited about this next chapter even if God does like throwing us a curve ball every now and then. Just keeping us on our toes. #daddysgirl

Wow!! We are eager to see the little princess. Waiting for your daughter Hayley and Tyler!!

Though it's not revealed that exactly when and how the couple first met and began dating, they are reportedly enjoying a romantic love affair since 2013. However, their relationship was only confirmed later that year. 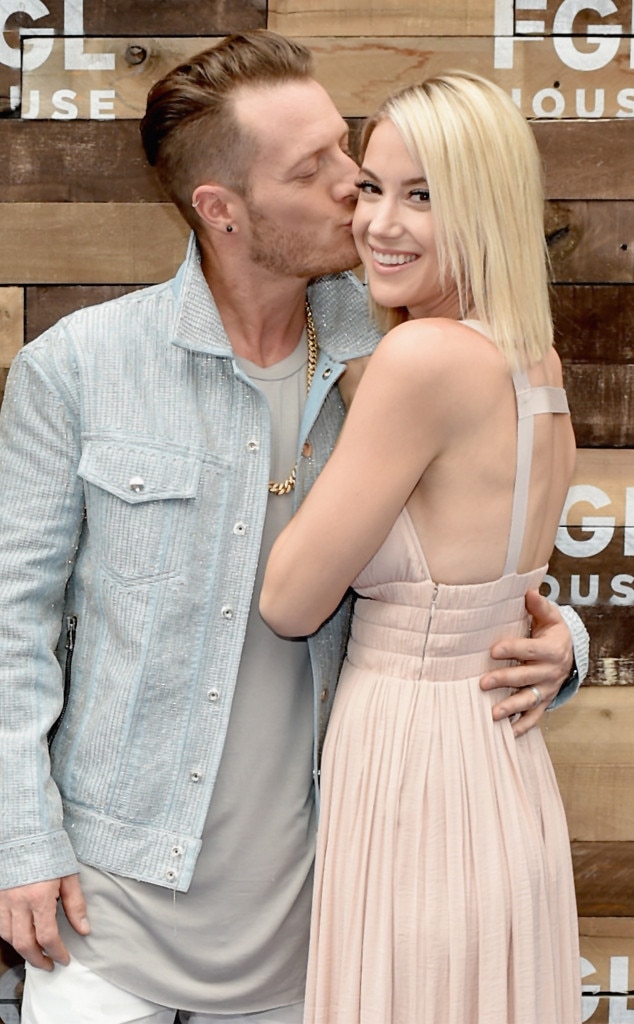 After a year of dating, Tyler finally proposed Hayley on 22 September 2014 during a helicopter ride. Within a year of their engagement, the couple finally decided to get married and eventually tied the knot on 1 July 2015 and their wedding ceremony was held in in Sun Valley, Idaho. Ever since they share a romantic marital relationship. We wish they enjoy a happy life forever. How Much Is Andy Samberg's Net Worth? His Earnings From Movies & Career So Far