65-year-old Irish actor Ciarán Hinds is best known for his performance on stage, TV, and films. As a screen actor, he is best known for his portrayal of Aderforth Dumbledore in Harry Potter and the Deathly Hallows (Part 2), which also features Emma Watson and Daniel Radcliffe, and Mance Rayder in the popular TV show Game of Thrones, featuring Kit Harington and Emilia Clarke. He is one of the most well-known actors in the entertainment industry, but his estimated net worth is way lower than you can imagine.

Ciarán Hinds has an estimated net worth of $2 million. He has been active in the industry since 1976 and has worked in some hit films like The Eclipse winning the Best Actor Award in 2009 at the Tribeca Film Festival.

Here we are going to share some information about the actor's net worth which is too low, to tell the truth, his salary, and career.

Ciarán Hinds net worth and salary

Hinds' estimated net worth as of 2017 was $2 million but his net worth of 2018 under review. His earnings throughout the years are not that impressive. According to Celebrity Glad, the actor has an estimated annual income of $242,424. His earnings from films like Last Days in the Desert, McCanick, and The Driftless Area are $125,000, $86.967 and $166,667 respectively. He earned a grand total of around $102,564 for his appearance in Game of Thrones. This was in spite of the fact that lead actors of the series were drawing salaries of half a million dollars per episode. 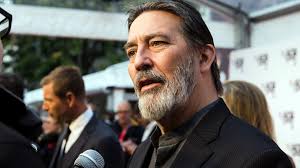 Hinds is an actor who is seen more often in character roles rather than in leading or starring roles. This might be a reason why despite his impressive acting acumen he has not been able to make it big financially.

Ciarán Hinds is an actor by heart and has a burning passion for it. After graduating high school, he was all set to become a lawyer and enrolled in law school. However, soon enough, he decided that he wanted to become an actor and enrolled at the Royal Academy of Dramatic Art.

After graduating from the academy in 1975, Hinds mainly focused on theatricals and toured worldwide performing in plays like The Seagull, The Mahabharata, Cinderella, Loot and many others.

He made his debut on TV in 1981 through a minor role in the TV show Our Boys. In the same year, he also appeared on the big screen through the role of King Lot in 1981's film Excalibur.

Throughout the late 80's and early 90's, he appeared in films and TV shows like December Bride, The Man Who Cried, Between the Lines and Hostages.

Later, in 2003, he also made an appearance in the super-hit film sequel, Lara Croft Tomb Raider: The Cradle of Life alongside Angelina Jolie and Gerard Butler. He portrayed numerous characters throughout the year but it was not until 2009 that he found fame with his breakthrough role in Michael Farr movie The Eclipse. For the role, he won the Best Actor Award in 2009 at the Tribeca Film Festival.

Watch the trailer for Lara Croft Tomb Raider: The Cradle of Life

In the following years, he appeared in Harry Potter and the Deathly Hallows – Part 2 as Aberforth Dumbledore replacing former actor Jim McManus. Similarly, he also replaced Peter Fonda for the role of the Devil/ Roarke in 2011's film Ghost Rider: Spirit of Vengeance.

In recent years, he has appeared in films and TV shows like 2017's Woman Walks Ahead, Justice League (voice), and LEGO Frozen Northern Lights. And in 2018, he also portrayed the role of John Franklin in the miniseries The Terror starring Tobias Menzies, and appeared as Alexei Zyuganov in Red Sparrow starring Jennifer Lawrence and Joel Edgerton. Now, talking about his awards, he is a proud owner of two IFTA Awards which he won in 2003 and 2004, and a Dublin International Film Festival Awards in 2010.