Frostsnow https://frostsnow.com/
Home Gossip Hailee Steinfeld and her Boyfriend Cameron Smoller walk on the Red Carpet, Know about her Affairs Love on the red carpet! The gorgeous Golden Globe Award nominee Hailee Steinfeld, who played the role of Mattie Ross in True Grit (2010), along with Jeff Bridges and Matt Damon, walked the red carpet for the first time with her boyfriend in January 2017. It was the first time that Hailee and her boyfriend Cameron Smoller had even appeared in public.

Hailee, who earlier was in a relationship with Douglas Booth in 2013, started dating her now boyfriend Cameron in 2016. She was nominated for the Golden Globe Awards for her performance in The Edge of Seventeen (2016).

Find details about the couple's romantic relationship here on Frostsnow.

Also Read, Matt Damon and his spouse Luciana Barroso happy with their marriage and children.

Hailee and her now boyfriend Cameron, who kept their relationship a secret for several months, shocked their fans as they walked the red carpet together for the W Magazine's celebration of the Best Performances Portfolio on January 5, 2017. 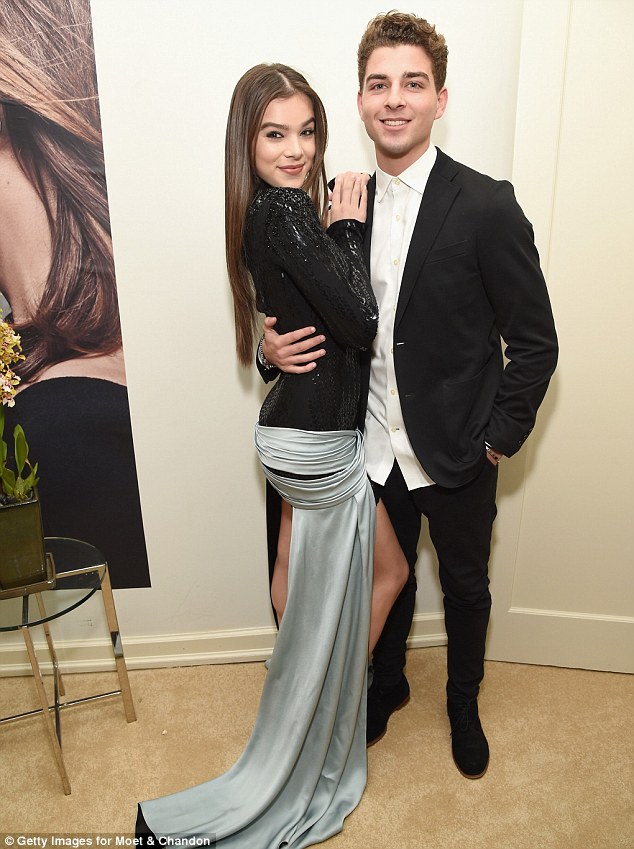 On December 23, 2016, Haille shared a picture of the two via her Instagram.

Even after her fans had already assumed that she was dating, she decided to remain silent about her relationship with Cameron.

But on January 2, 2017, Cameron shared a black-and-white picture of the couple with the caption, "DIS ONE," followed by a love emoji.

Cameron's post finally relieved fans of the doubt they had about the relationship.

She moved on! Hailee Steinfeld and her Boyfriend Douglas Booth

Hailee was earlier in a relationship with Douglas, in 2013. The couple started dating each other after they shared the screen as a couple in Carlo Carlei's film adaption of Romeo & Juliet. 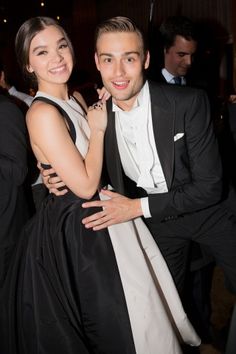 Love at first sight! Well no, as they had met earlier in 2011. During an interview with The Telegraph, Douglas said,

We first saw each other at the Met Ball in New York, Our eyes met across the room. It was surreal, like something out of the play – life imitating art.

I think it’s only right that the leads are being played by young actors. After all, in the play they are young – it’s about first love. Hailee is young, but I know, from my own experiences too, that love can hit you at any age, so it is right. When you meet Hailee, you don’t think about her age – she’s an amazing actress.

Looks like Douglas was quite fond of Hailee from the beginning. Nevertheless, they could not last long and broke up after a few months of dating.

Who is Hailee Steinfeld's boyfriend?

Who is Hailee Steinfeld's ex-boyfriend?

When did Hailee Steinfeld and Douglas Booth meet each other?

Hailee Steinfeld and Douglas Booth fell in love in 2011.

For more other gossips on Hailee Steinfeld visit frostsnow.