Gone Girl Actress Reese Witherspoon has won Oscar for Walk the Line: More on her Career, Net Worth Actress Reese Witherspoon has an estimated net worth of 85 million. She won her first and only Oscar Award back in 2006 for her portrayal of June Carther Cash for the 2005 film Walk the Line. The actress, who is also a producer and an entrepreneur, is the recipient of many other prestigious awards like Golden Globe Awards, Primetime Emmy Awards and many other.

Born on 22nd March 1976, the 41-year-old actress is best known for her portrayal of Elle Woods in 2001's Legally Blondes, and it's sequels alongside actors like Luke Wilson, Selma Blair, Jennifer Coolidge and others. Moreover, on TV, she is recognized for her role of the lead character Madeline Martha Mackenzie in the TV series Big Little Lies. She also serves as an executive producer on the set.

Here we are going to share some information about the actress' net worth, earnings, career, and awards.

Reese Witherspoon's net worth and earnings

Nevertheless, the actress' estimated net worth back in 2017 was $80 million, while she is reported to have an annual salary of $9.4 million.

I’m beyond thrilled to announce the launch of #ELOQUIIxDraperJames! We’re proud to partner with @ELOQUII to create an exclusive @DraperJames capsule collection in sizes 12-28. The collection has everything from fun embellished sundresses to easy tees with our signature Southern slogans. Head to @ELOQUII, @draperJames & @renttherunway to shop the looks  (Swipe for looks!)

Taking a closer look at the earnings from films, her biggest pay cheque was for her portrayal of Elle Woods in 2003's Legally Blondes 2: Red, White & Blondes. For the role, she received a hefty pay cheque of $15 million which marked her as one of the Highest-paid actresses in Hollywood. She held a place in the list from 2002 to 2010 without missing a year. Her earnings also ranged between $15 to $30 million in the late 2000's.

Moreover, in 2007, she became the highest-paid actress in the American industry, receiving $15 to $20 million per film. But after 2010, the movies she started to appear in fared poorly and in the years 2011, 2012 and 2013, she was marked as one of the most overpaid actors in Hollywood.

Ever wonder what @oprah & @mindykaling & I talk about in the makeup trailer on @wrinkleintime ? Check out the link in bio for all of our topics from traveling the universe , who inspires us and find out who Oprah loves more me or @theellenshow ! #HSconversations

On TV, Resse and her co-star Nicole Kidman reportedly received $1 million for each episode of Big Little Lies.

Witherspoon indeed makes the majority of her earning through her career as an actress, but the actress also receives a fair amount of endorsement deals and sponsorships. Back in the late 2000's and early 2010's, when the actress was at the peak of her career, she attracted many endorsement deals. She appeared on numerous covers of magazines and even launched her own fragrance line. 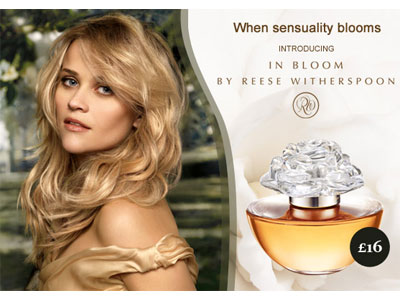 During those days, Reese earned more than $2 million per annum by endorsing products. But as of 2018, it is fair enough to say that her earnings through these deals have decreased drastically.

Witherspoon made her debut as an actress back in 1991. That year, she appeared as Dani Trant in the movie The Man in the Moon followed by the role of Ellie Perkins in TV film Wildflower. Despite being one of her first works, she was cast as the lead character in the movie as she was able to leave an excellent impression during the auditions.

She was even nominated for a Young Artist Award for the role. In the following year, she appeared in another TV film Desperate Choices: To Save My Children. And during the 90's she appeared in movies and TV shows like Twilight, Freeway, Pleasantville, Return to Lonesome Dove and many others.

Even though her films were quite a hit during these years, she made her breakthrough in 1999 through the role of Tracy Flick in film Election. The part added gravity to her career making her a massive center of attention for media. In 2005, she also appeared in the film Walk the Line which earned her an Academy Award.

Watch the trailer for Election

Likewise, in 2001, she got a massive break and became a worldwide sensation for the role of Elle Woods in film Legally Blondes which was a massive hit with the collection of $96 million in the United States alone. The actress was dropping hit movies, but after 2007, her career went downhill. The actress blamed her stressful divorce the reason. As she said, her head was like a scrambled egg and she was not able to do what she was passionate about.

In 2010, she starred in the film How Do You Know which had the budget of $100 million. The movie was a colossal failure earning only $7.6 million and was named one of the year's biggest flops.

However, in 2013, she made a comeback through the film Mud for which she was even nominated for a Cannes Film Festival award.

After that, she again appeared in some films like Wild, Gone Girl and Hot Pursuit, alongside Sofia Vergara, among other movies.

Watch Reese and Sofia on The Ellen DeGeneres Show

Her most recent works include 2017's film Home Again and her starring role in the TV series Big Little Lies. As of 2018, the actress' new film, Mrs. Whatsit, is all set to hit the cinemas.

To date, Witherspoon has been nominated for a total of 83 awards, out of which she has won 33. Some of the prestigious awards which she has won are an Academy Award, two Golden Globe Awards, a Primetime Emmy Award, and a Screen Actors Guild Award.