Frostsnow https://frostsnow.com/
Home Gossip Golf channel's broadcaster Kelly Tilghman rumored to be lesbian as she is said to have a girlfriend

Kelly Tilghman is currently a broadcaster for The Golf Channel. Tilghman was the first female lead golf announcer for PGA Tour. The 47-year-old Tilghman is not only famous for her impeccable reporting skills, but she is also often popping up in our news with her notoriously secretive personal life.

She was recently rumored of being a lesbian as she was spotted with a girl. So, what is the truth, are the rumors true?

Further, we will also take a note of her past affairs and relationships. Let's get started.

Kelly Tilghman was rumored to be Married

Back in 2010, Kelly Tilghman was rumored to have been secretly married to her boyfriend, Nick Faldo. 60-year-old Faldo was an English professional golfer on the European Tour, but now mainly serves as an on-air golf analyst.

Rumor further escalated to the point where it was said that Tilghman was pregnant with her boyfriend’s baby. But none of these rumors were backed up by any evidence.

After failing to gain any information regarding her affair with her boyfriends, rumors took a sharp turning and landed on Tilghman’s sexuality. It is said that Tilghman is currently having an affair with a girl. It is said that she is in a live-in relationship with her girlfriend for quite some time now. Even her social networking sites are filled with her girl pals instead of guys.

Fun night with Alex Morgan @alexmorgan13
It was nice to talk a little golf with you :)
Good luck in Rio! pic.twitter.com/5XcNkAbAyw

Although many rumors have been surrounding Kelly Tilghman for a long time, she has not spoken on the matter. She has remained very mum about her personal life. She has been a very frank commentator on the golf course. But not so much as a glimpse of her personal life has been revealed by this beauty.

Kelly Tilghman found herself amidst a major controversy back in 2008 when she made comments on Tiger Woods along with her co-host (and alleged boyfriend), Nick Faldo. Following the widespread criticism against the racial slur of the remark, rights activists demanded that she should be suspended for her comments. 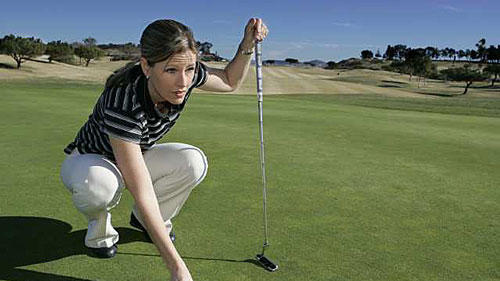 Her professional life is open and very impressive. Fans and followers all over just wish she would be a bit more lenient on revealing about her personal affairs.