Gethin Jones Splits from Underwear Model Katja Zwara: Is he Having an Affair Now?

Gethin Jones is single again. The 40-year-old TV presenter recently broke up with his girlfriend, Katja Zwara. Gethin and his ex-girlfriend Katja Zwara dated for over a year and reported their break up last month. The reason for their split is said to be the busy schedule that did not allow them to be together most of the time.

Gethin's former girlfriend is a lingerie model who also appeared in the Olly Murs' music video, Dance With Me Tonight. As per reports, while the German beauty was busy splitting her time between London and Miami, TV presenter Gethin was moving all over the place, wherever his job demanded. This ultimately resulted in their separation. The former Blue Peter host was previously engaged to the singer Katherine Jenkins. Gethin also mentioned that his pals used to refer Katja as the hotter version of his ex-fiancee Katherine.

Gethin Jones: Past Relationships and Affairs

Gethin met his ex Katherine Jenkins in the show Blue Peter for the first time in 2005 as they again got in touch after over two years and started their relationship. They dated for over 4 years and got engaged in early 2011 and also bought a house together. 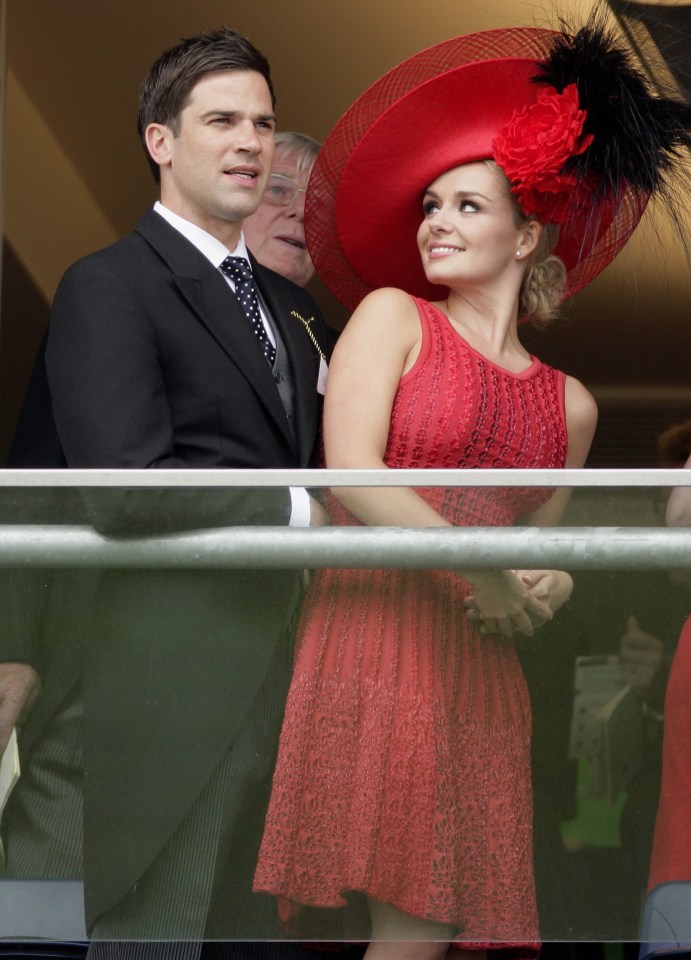 Gethin and his ex-fiancee Katherine Jenkins

"At the end of 2011 when Gethin and I broke up, the reality of it was that about two weeks later I had to go on a UK tour where every night I’m singing songs of heartbreak and every day just trying to find the energy to cope let alone going on stage and understand his reason for doing it.

Gethin's ex-fiancee is now married to painter and filmmaker Andrew Levitas. They have a child, a daughter, together and are expecting their second child which they revealed in November last year.

After Jenkins broke up with her ex Gethin she met her present husband Levitas in 2013 as the couple got engaged in April 2014 and got married after 5 months in September at Hampton Court Palace.

Gethin also had an affair with the English actress Lucy Mecklenburgh after his break up with Katherine. Gethin and Lucy were spotted together several times back in 2013.

Gethin met his most-recent ex-girlfriend Katja back in late 2016. She looks a lot like his ex Katherine. The Welsh presenter appeared at the Natural History Museum for the opening of the ice rink in London with Katja back in October last year.

Soon, Gethin and the German model were spotted together in North London while enjoying a flirty display on the streets with Gethin holding Katja's hand and both teasing each other.

However, both of them have now parted ways. Despite the belief in some quarters that Gethin might finally settle down with underwear model Katja after having been in a relationship a number of times and been engaged once, things did not work out well for the couple.

Since the breakup, Gethin has not bee seen dating anybody. Hope hie is waiting for the right person to appear.