Sophie Turner is a name that stands out from the heard of mediocrity. She made her acting career debut on the HBO fantasy television series Game of Thrones as Sansa Stark that brought her international recognition and critical praise. After a lot of speculation about the relationship of Sophie Turner and Joe Jonas, the buzz is finally found to be true as the couple officially declared their relationship.

Joe Jonas is a famous American singer-songwriter, as well as an actor, and he rose to fame with his pop-rock band Jonas Brothers, along with his siblings Kevin Jonas and Nick Jonas.

Let's learn more about the love story of the two celebrities Sophie Turner and Joe Jonas. Just stay with us.

Sophie Turner Opens Up About Her Love Affair With Joe Jonas

Yesterday on July 6, the 21-year-old young actress, Sophie Turner opened up about her romantic link ups with Joe Jonas in the new issue of Marie Claire, revealing that the media attention which has surrounded her relationship, can be too much to handle.

You do feel like you're living in a fishbowl. It's frustrating [that] it's the most mundane things that make the news -- how boring!

Though Turner and Jonas are dating for long, and happy with their relationship and how things are going, Turner still prefers her joint ship name with her Game of Thrones co-star, Maisie Williams that is "Mophie" over "Jophie" for her and Joe. She said:

What's that thing they say? Relationships come and go but friendship is always there,

It's not much surprising as Turner and Williams have already become such good friends. Let us remind you all that the actresses have already spent half their lives playing Sansa and Arya Stark, respectively.

Well, Turner and Jonas kept their relationship private for a long time, however, later, the media caught them red-handed spending a quality time and getting cozy with one another back in November 2016, and that is when their dating rumor started and spread like wildfire. 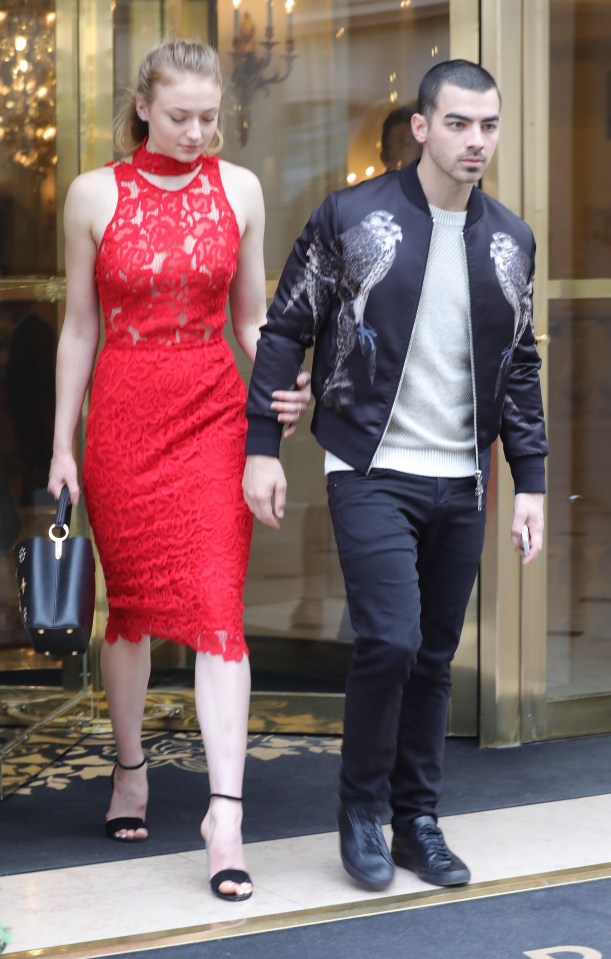 In November 2016, the couple again was spotted at the MTV EMAs, and Joe was seen putting his arms lovingly around his beloved girlfriend Sophie while they sat in their seats.

After all these evidence there was no doubt left that Jonas and Turner were an item. The couple was even listed as one of the hottest celebrities at Met Gala at the Met Gala 2017. Well, both Joe and Sophie had stepped out solo on the red carpet during the gala. The lovebirds are now open about their relationship. They used to share some pictures of them through the Instagram posts to show how much they love each other. Check out some of those.

Looking at their strong bond, they seem to take their relationship one level up and get married. We wish the couple all the very best for the couple. Is Mitch Fatel Rumored Dating April Macie; What about His Marital Relationship With Jessica Mayhugh?