Frostsnow https://frostsnow.com/
Home News 'Game of Thrones' Star Sophie Turner is Still in Shock that She is Engaged to Joe Jonas

It's already been seven months that Sophie Turner and Joe Jonas got engaged and the Game of Thrones star still disbeliefs that she’ll be marrying Jonas Brothers singer.

The television star Marie Claire for its May 2018 Fresh Faces issue.

I’m still like, ‘Holy s–t! I’m engaged,’. There’s this weird misconception that being married is the greatest thing that’ll ever happen to you. 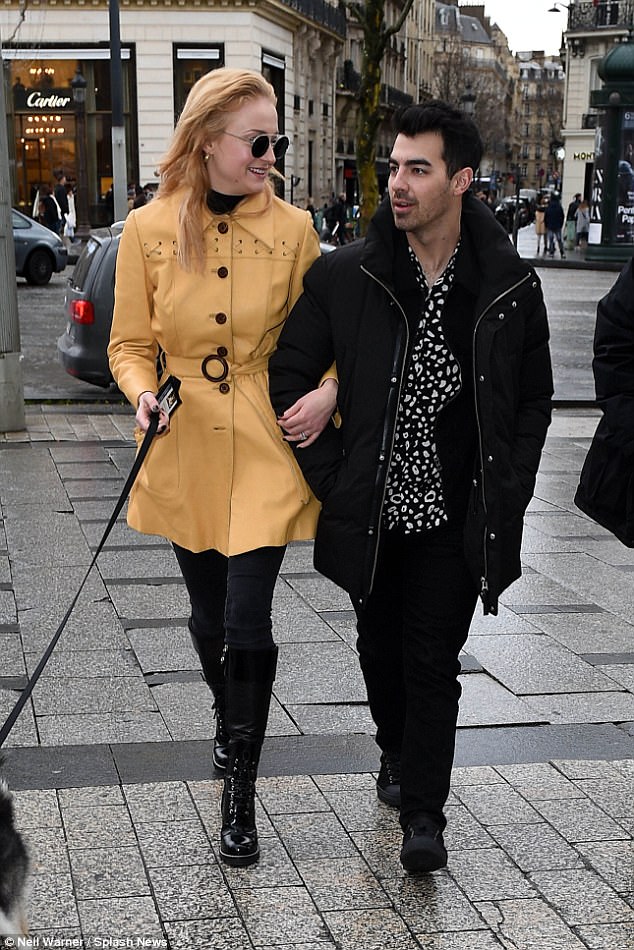 The actress, who rose to fame her appearance on the HBO hit series, further says that she knows the difference between finding happiness in a relationship and finding it within her work.

I’ve always found that my career is something I work for, and when I achieve something, there’s a sense that this is the greatest thing I’ll do in my life.

It’s lovely to be engaged. Not like I achieved anything, but I found my person, like I’d find a house that I love and want to stay in forever. There’s a sense of peace that comes with finding your person. But there’s a drive that comes with your career.

As previously reported, Sophie and Joe, who started dating in 2016, took to Instagram and shared matching posts to announce their engagement in October 2017.

The couple celebrated their big day in November surrounded by friends and family members, including Ashley Graham and Tom Holland, and Kevin Jonas and Nick Jonas, at a star-studded party at Mamo restaurant in New York City.

As per the report, Turner’s GOT co-star, Maisie Williams, will be a bridesmaid at the couple’s upcoming wedding.

Update: Sophie and Joe got married on May 1, 2019. Once, the couple mentioned that they had a rocky relationship.