Frostsnow https://frostsnow.com/
Home Gossip Fox News journalist Lea Gabrielle has a net worth and salary that go in line with her career Some people are highly ambitious. They like taking on challenges in their life and thus do things that are outside their comfort zone. And when things are done with enough zeal, they usually turn out to be spectacular.

Fox News Reporter Lea Gabrielle is one of the few noteworthy TV personalities who have tried their hand in a couple of polar fields. Lea served in the US Navy for 12 full years before entering the field of journalism. 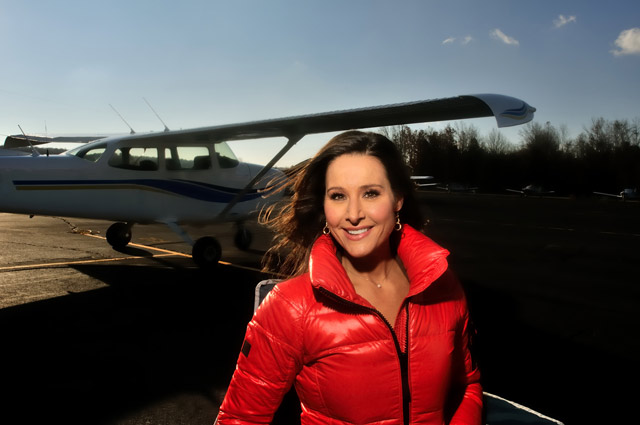 Shifted from Navy to Journalism

41-year-old Lea initially earned a Bachelor in Mechanical Engineering from United States Naval Academy. Serving the nation as a US Navy, she has shown her skills in the military field. Entering the active-duty Navy after graduation in 1997, Gabrielle attended the U.S. Navy Flight School at Naval Air Station Pensacola in Florida from 1998 to 2000, earning her Naval Aviator Wings. This hot (current) reporter is also qualified with an instrument rating and as a commercial pilot.

After 12 years in the navy as a pilot, squadron officer, landing signals officer, and intelligence operations officer, she shifted her focus towards journalism and reporting.

Lea Gabrielle attended the New York Film Academy in 2009, receiving a digital journalism certificate. She then worked for NBC News in Washington, D.C. till 2011. During her time there, she shot, wrote, edited, and produced packages for NBC Nightly News, The Today Show, N websites, and web spots. As a digital journalist and editor, she covered stories for the NBC Nightly News web page and nationwide NBC affiliates.

In September 2011, this sensational reporter moved to California to become a military reporter for KNSD-TV (NBC 7). She then used her married name - Lea Sutton (she is divorced now). She joined her current network Fox News Channel in New York City in December 2013.

With the list of achievements to vouch for her, it should not be any surprise if she gets rewarded any time soon. Her handsome salary and a whopping net worth do speak volumes about her success. Her current net worth is estimated to be $3 million, and while her salary is understandably very handsome , the exact figure is not known till date.