Frostsnow https://frostsnow.com/
Home Gossip Former NBC's Luke Russert and Jake Sherman married? Or is he only a Boyfriend and not a Husband?

Former NBC's Luke Russert and Jake Sherman married? Or is he only a Boyfriend and not a Husband?

Luke Russert is an American correspondent for NBC News who has reported for NBC Nightly News, TODAY, and MSNBC. 34-year-old Luke is also a guest anchor on various MSNBC programs, including Andrea Mitchell Reports and Way Too Early.

Born on August 22, 1985, Luke is the son of Tim Russert. Tim was the longest-serving moderator of Meet the Press, and his wife Maureen Orth, a special correspondent for Vanity Fair.

Besides his successful career, Luke became the headlines several times because he couldn't overcome, the gay rumors for a long time. He and his BFF, Jake Sherman are reportedly engaged and the marriage has to be the next stop.

Is Luke really gay? What's the pair's relationship? Let's know in detail about his personal life, affairs, and relationship. Just stay with us.

Luke Russert And Jake Sherman Reportedly Engaged: Do they Plan on Marriage?

Luke Russert, this young TV personality was rumored to be engaged to Jake Sherman back in April of 2014.

Jake Sherman is a senior writer for POLITICO and co-author of POLITICO's Playbook. Sherman is known as one of the biggest influencers in politics. He is also the top congressional reporter on Capitol Hill. Before working at POLITICO, he worked in the Washington bureaus for the Wall-Street Journal, Newsweek and the Minneapolis Star Tribune. 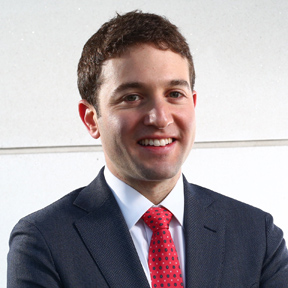 Jake and Luke knew each other for a very long time and were close friends. All the fuss about them getting married started when a news story was posted on The Daily Caller, by reporter Betsy Rothstein.

It was reported that Luke was found shouting “HE SAID YESS!” from the rooftops of the Capitol on April 1, 2014. Luke’s jubilance reportedly had stemmed from a romantic dinner earlier the evening at the Capital Grille where he went on one knee and popped the question to his longtime BFF Sherman.

Who Is Jake Sherman Married? His Wife?

But little did the readers know that it was an April fool’s day prank. The air cleared up completely only when Jake came clean about his affair with his girlfriend Irene Jefferson. He had posted pictures of Irene on his Instagram.

Jake tied the knot with his gorgeous wife, Irene on February 15, 2015. She is an associate in the government affairs practice of the Washington law firm DLA Piper.

Though his April fool prank a lot of people speak negatively about him, the NBC star seems to be unaffected. Besides he seems to be very busy with his professional life. Moreover, he is often seen attending several of his friend's marriages and events.

My dear buddy @huffstetler married up---literally and figuratively to the graceful and elegant @brittstone ????How Mikey courted Brit for 6 years and continues to, every minute of every day is an example for all of us!#meetthehuffs

Pure Michigan beauty. The @btremain23 marries up @_martymas_! Their hair stayed perfect in the desert wind, mine not so much. #tremainevent ??????

Let's wish him a very happy life ahead. We hope he stays blessed by the grace of God, loved by his fans and family and stay close to the love of his life.

Jake Sherman and Luke Russert are not married.

Who is Jake Sherman married to?

When did Jake Sherman and Irene Jefferson get married?

Jake Sherman and Irene Jefferson got married on 15th February 2015.

His net worth is $7 million.

How much is Luke Russert's net worth?

Luke Russert's net worth is $9 million.