Footballer Peyton Manning's Career: All About His Net Worth, Salary, Career & Awards

The 41 years old former football quarterback Peyton Manning who played 18 seasons of National Football Leauge got retired from his professional football career with $249 million career earnings. Peyton Manning played primarily for Indianapolis Colts, and he is referred as one of the greatest quarterbacks of all time and also was the top earner in the NFL.

Manning played his last four seasons for Denver Broncos. Furthermore, he won the Superbowl with two different franchises and was the only starting quarterback to own that record.

Before retirement, Manning won the second Superbowl of his career in February 2016 at the age of 39 and was the oldest quarterback to win a Superbowl as he walked out from his career with $400 million net worth. In 1998, Manning got a six-year contract from the Indianapolis Colts with $11.6 million signing bonus as the contract was worth $46.3 million.

Then in 2003, Manning won his first MVP, and a year later in his last season of the contract, he got his second MVP title. Again in the same year, Manning got another seven-year deal with Colts worth $99.2 million and was paid $34.5 million as signing bonus. This was Manning's highest-paid contract in his career and also got him fourth MVP during that time.

In 2014, Manning was the NFL "all-time leader in passing touchdown" and in the last season of his career, he won his second Superbowl as we mentioned earlier. Then in March 2016, Manning got retired from his career and also received his ninth ESPY Icon Award. Manning's whole career earning, i.e. $400M was the highest amount made by any NFL player at that time.

Also Read: How Much Money Does David Ortiz Have? Explore his Salary, Net Worth and Source of Income

Moreover, the five-time MVP winner has an earning of $12 million per year off-field from his endorsements as he is partners with Nationwide, Papa John's International, Gatorade, DirecTV, and Nike. Manning had a 12 year deal with Reebok and later joined the Nike team in 2014. Peyton's brother Eli Manning, who is also a quarterback in the NFL for the New York Giants takes home over $8 million off-field.

Besides, the 41 years old NFL star wrapped around $150 million till retirement only from his deals and licensing as he was the world's highest-paid athletes in 2015 according to Forbes. Manning also became the franchise of the Papa John's pizza brand, and he currently owns 32 Papa John's in Denver.

After his retirement in 2016, Manning appeared in five national advertisement campaigns and also made appearances in Superbowl. 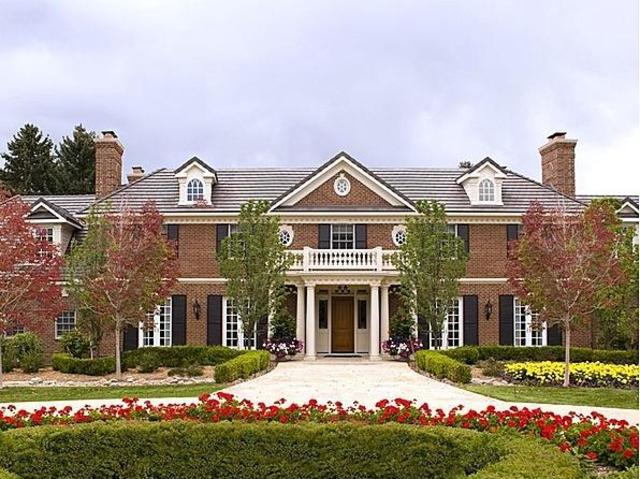 Manning owns a mansion in Cherry Hills Village, Colorado worth $4.57 million featuring seven bedrooms, ten bathrooms in an area of 16,464-sq-ft. The property was originally listed for $5.7 million in 2005.