Lionel Messi is the name who doesn't need any introduction and if you don't know him (but we are pretty sure everyone knows him), we would like to tell that he is an Argentine professional football player and is a forward player for the Spanish club FC Barcelona and the Argentina national team.

He is the only player in sports history who marked himself as the winner of five consecutive FIFA Ballon d'Or awards. He is also awarded European Golden Shoes four times.

Today we brought to you a good news about this young dashing sports personality. Lionel Messi began a new phase of life together with her long-time girlfriend Antonella Roccuzzo. Yes, you read that right, guys. The couple who was dating since 2008 is now married.

Recently on 30 July 2017, the 30-year-old footballer Messi tied the knot with 29-year-old model-girlfriend Antonella Roccuzzo at a luxury hotel called Hotel City Center in Rosario. The star-studded wedding comprised other close friends and family members who added to the glee of the ceremony. 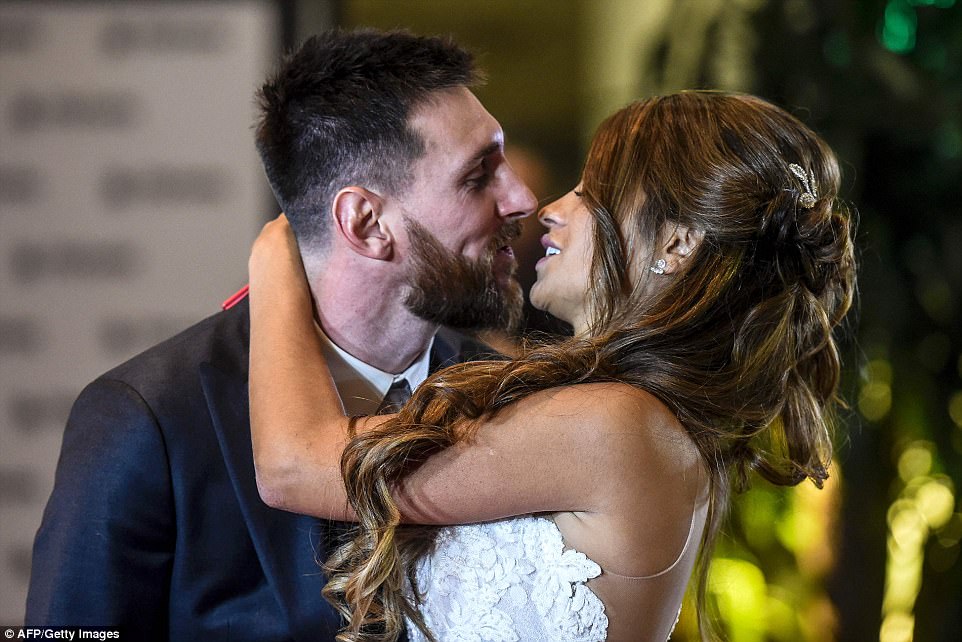 The two lovebirds, who have known each other for about 25 years, banned mobile phones at the event and 450 police officers(approximately) were drafted in for the big day. 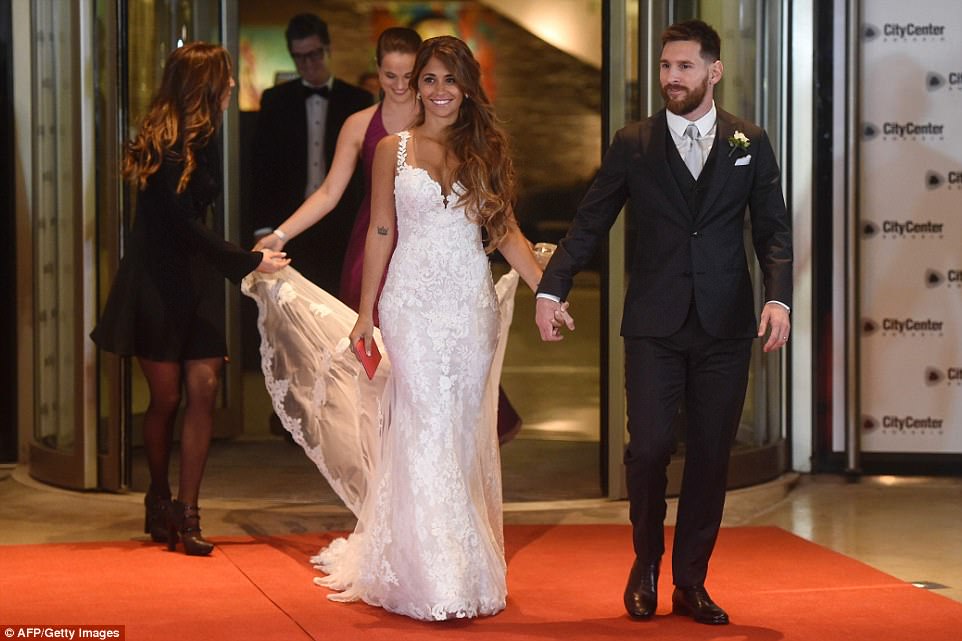 Apart from these, media people were the other guest who accompanied the stars to the entrance of the hotel.

Here's a video clip of that big day of the newly married husband and wife. Enjoy watching, guy!!

The soccer player, Samuel Eto'o was the first guest to walk the red carpet and interact with the world's press that was later followed by other celebrities couples like Sergio Aguero and Karina Tejeda, Cesc Fabregas and Daniella Seeman.

Dated For Nine Years: Already The Parents of Two Children

Messi and Antonella have known each other since Messi was just five, however, he only began dating his now wife in 2008 and their relationship was confirmed only in 2009 when Messi opened it up during an interview with Canal 33.

The couple is enjoying a prosperous relationship since the day they began their relationship. Well, the love and strong bond they hold together can easily be seen in the pictures they share on social media. Here's one of those. Check it out.

The couple who started dating nine years before getting married is already blessed with two children. In 2014, when Messi scored in the World Cup qualifying game, he revealed the pregnancy of Antonella by placing the ball under his shirt and celebrated it.

In the same year, Antonella and Messi welcomed a baby boy and they named him Thiago Messi.  Thiago Messi is not their only child but he also has a sibling in the family. Mateo Messi is the second son of the pair whom they equally.

Have a look at this family picture posted by Messi himself on Instagram.

We wish this happy family all the very best for their future and we hope their married life remains as strong as always. For more updates, keep in touch with Frostsnow.

Who Is Dita Von Teese Dating After Divorce With Her Husband? Her Relationship and Past affairs