The name Lani Blair has become one of the interesting topics of discussions on the internet. Ever since the news of Khloe Kardashian's baby's daddy Tristan Thompson cheating on her with Blair surfaced on the internet, she has become a trending topic.

Recently a video of Triston and Lani Blair kissing at a club went viral, and many are curious to know who she is and what is going on in the already dramatic life of the Kardashian family.

Do not worry because here we are going to share five interesting facts about Lani Blair, the alleged mistress of NBA star Triston Thompson.

1. Lani Blair is an American Model

Lani Blair, who was born on 6th June 1989 in The Bronx, NY, is a model. The 28-year-old was first signed to the modeling agency named Model Mayhem in 2007 and soon gained recognition for her curvaceous figure and sultry look.

She is very popular and has been featured on some well-known websites like Nappyafro, Hip Hip Illustrated and In Flex We Trust. Moreover, she has also appeared in a few music videos to date.

Watch Blair in the music video for Cash on Delivery.

Even though she is not a very common name, she is indeed very popular among those who follow black models religiously. The African American model knows that she has a dashing body and makes sure to flaunt it in skimpy bikinis and tight fitted clothing.

Blair has 362K followers on her Instagram, and she is no less than any other Instagram celebrity. She is known to upload her modeling photos in two piece dress and attires on the platform.

However, after her name suddenly came up in every gossip related to the Kardashians out there, she has changed the privacy of her account, and only her followers can view her posts.

This step by her has become icing on the cake for the media as they are getting to talk more about her and about how she is showing her guilt in some way.

3. She has other jobs other than modeling

There are decidedly fewer details about the bombshell's personal life. However, according to sources, she also works as a bartender at a strip club in Queens called Starlet's Gentlemen's Club.

The information has been taken out of her Instagram page where she posted a few selfies at the location. Since her account has been set to private; it is quite hard to find these post now.

Apart from bartending she is also assumed to be a stripper swinging in polls and showing off her banging body. There are no reliable bases for this assumption, but it has been reported that she throws a lot of parties and in 2017, she hosted an after party at Space Ibiza in New York which was attended by Chris Brown and Fabolous.

Likewise, it is said that she has hosted these kinds of parties attended by A-listers numerous times.

4. About the video that made Blair an overnight sensation

On Saturday, Khloe's boyfriend Thompson was having a good time with a girl at PH-D Lounge at around 7:30 p.m. Out of all the people who were at the venue, one decided to take a video of Thompson getting very close to a girl.

Watch the video that shook the internet.

The mystery girl was later reported to be Blair, and in the video, Thompson and Blair can be spotted talking and at one point, it even seems that the two are making out.

5. They were again spotted together at Four Season Hotel.

A few hours after leaving the lounge, Thompson and Blair were again spotted at the Four Season Hotel. According to reports, they spent almost four hours at the hotel and soon after leaving the hotel, they headed towards members-only club SoHo House, which is located in Manhattan's Meatpacking district.

Later on, they again returned to the hotel and an eyewitness claimed that Thompson was cautious scanning his surrounding and also opening the door for her.

They allegedly spent the entire weekend together. Even though we can not make any claims about what went down between them, we think it is more than apparent about what happened.

This incident blew the internet as Thompson's girlfriend Khloe Kardashian, the youngest Kardashian sister is pregnant with their first child and is due any time now. 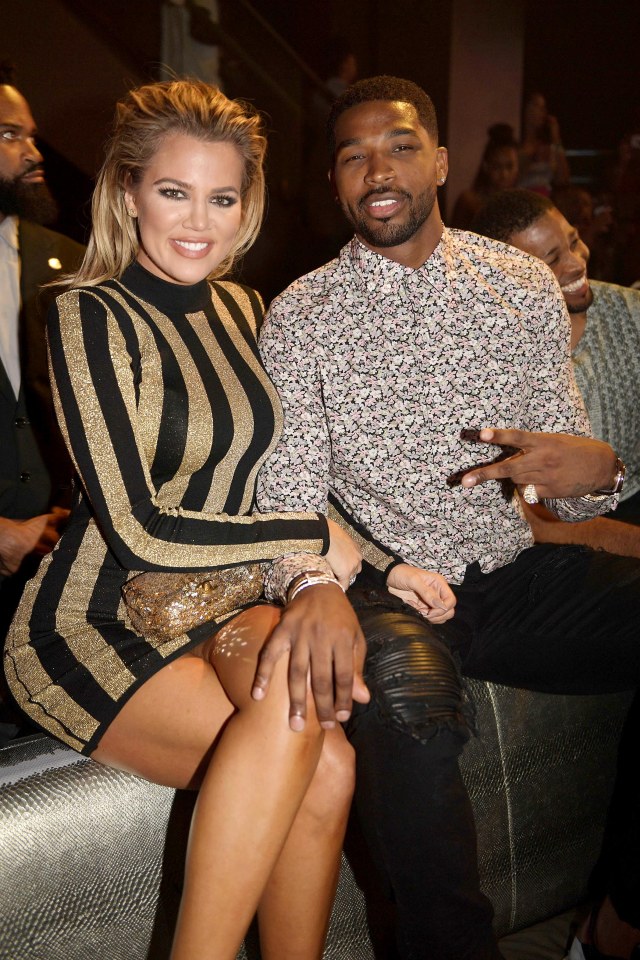 We feel sad for Khloe because she had to face a similar thing during her relationship with Lamar Odom as well. This much stress during pregnancy is not good either.