The stunning actress Emma Roberts is back with her on-again-off-again boyfriend Evan Peters. The pair has a very complicated love story till now. Let’s find out what’s been going on in their relationship.

Evan and Emma started dating back in 2012 after meeting on the set of their movie, Adult World. Emma revealed on one of the episodes of Chelsea Lately that she had a crush on Evan while filming the movie Adult World and started dating only after filming was done.

Since then the couple has shared more drama than some of Hollywood’s biggest blockbusters. But they also have a lot of cute moments together. Well, there are always ups and downs in a relationship. However, there is no denying the fact that the two look awesome together.

Emma and Evan have dated each other for 4 years now with brief timeouts in between.  They now seem to be a couple again.

In the short 4 years of their relationship, they broke up at least twice including a broken engagement. Yes, you read it correctly they were engaged for over a year before they broke it off. Evan and Emma got engaged over the holidays in 2014. Evan had proposed with a pink and gold diamond ring.

In 2013 they pair had a heated argument which led to Emma getting arrested on suspicion of domestic violence. When the authorities arrived Evan had a bloody nose and a bite mark which caused them to arrest Emma though she was released shortly. They have moved past it and I think are more in love now. 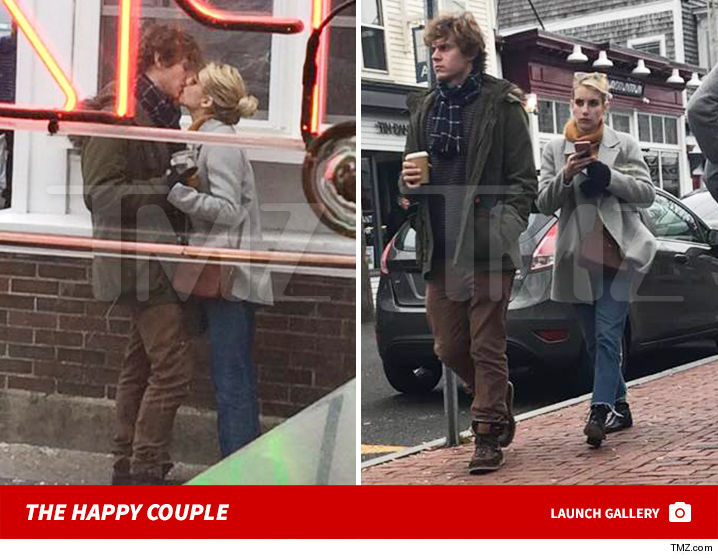 The lovebirds went their separate ways in May 2016, but have again back on track with their romance. Emma and Evan were spotted kissing during a daytime outing in New England. According to TMZ,  the couple has decided to give their relationship another shot in September.

Emma has posted a photo wearing a ring , which makes it official that they are again engaged. Peter also recently shared a snapshot of Emma captioned ‘This girl’.

Well, they definitely are in love with each other despite the fights they had. Emma and Evans both have a successful career and I think the two make a perfect couple. We just have to wait and find out how their story ends. I hope next time the pair comes into highlight it would be regarding their marriage.

Emma Roberts and Evan Peters both are good looking and who wouldn’t fall for such faces. Before they met each other they have dated a number of people, who can blame them they still are young.

Emma Roberts had an affair with Christopher Hines after splitting with Evans but that didn't last long. She also had an affair with Alex Pettyfer and they seemed pretty wildly in love but sadly it only lasted a year. Alex even got Emma’s name tattooed on his ring finger.

Evan, on the other hand, was dating Alexia Quinn before having an affair with Emma. He also has been in a relationship with Taylor Swift, Nina Dobrev, and Lucy Hale.