Legendary Olympic gold medalist, Tara Lipinski, who is an NBC commentator at present is no single anymore. She is engaged to Todd Kapostacy. Lipinski’s fiancée Kapostacy is a feature producer at Fox Sports. Lipinski’s relationship with her future husband Kapostacy is amazing. This couple is more like best friends who fell in love. It has already been many months since Lipinski and Kapostacy’s engagement and thus they are getting married soon

When Lipinski was asked about her first meeting with Kapostacy, she said: “I presented him one of his Emmys at the sports Emmys. I didn't remember meeting him but I knew his aunt (Senior White House Correspondent Chris Jansing) and he mentioned to her that I presented," she remembered. "She sent out an intro email and that was that!"

You will be delighted to know that Kapostacy proposed Lipinski in a very romantic way. Lipinski explains: "Last night he took me to Gotham restaurant and then we went to the Plaza for a drink. He knows I love holiday windows so he said there was one there he wanted to show me. He persuaded the Plaza to use a window and he had a painting made of my house in the background with him proposing to me," Lipinski told ET. "So we when I saw it I turned around and he was on his knee. I was so surprised." 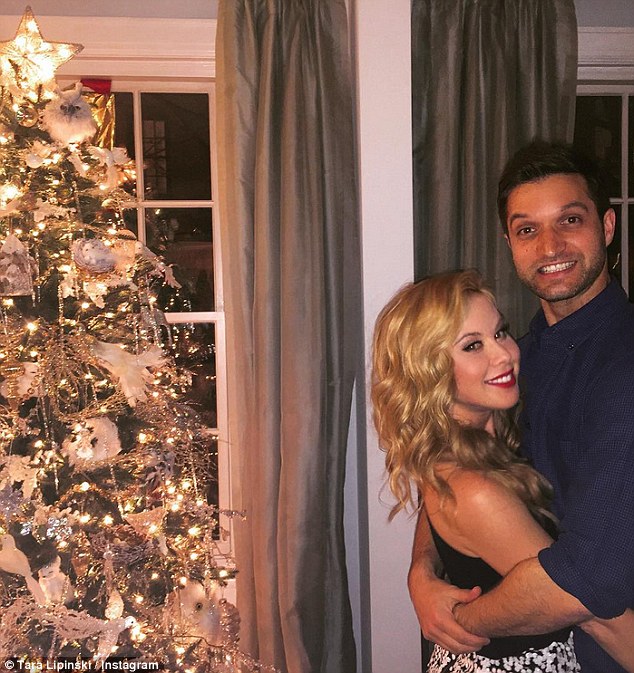 Soon after her engagement, Tara posted a cute photo of her along with her fiancée in her official Instagram. The caption on her photo made all of her fans go awwww! See it yourself:

My life changed forever last night. I feel so lucky that I get to spend the rest of my life loving my best friend and love of my life. I've had many monumental happy days in my life but this by far is my happiest. I love you @toddkap ??

Lipinski and Kapostacy got engaged in December 2015. This cute couple celebrated their engagement party at Mr. C Beverly Hills among family and friends.
Lipinski wore a very beautiful dress whose skirt was detachable. She looked really gorgeous on her engagement celebration night. Even her fiancée Kapostacy looked really good. We must admit that they both completed each other.

@taralipinski and I had an amazing time partying with family and friends last night to celebrate our engagement. One of my favorite nights ever. I'm so appreciative that people traveled across the country to be there. I'm one lucky guy.

She wrote on her Instagram: ““Todd and I have been living up the engaged life but now to celebrate with all of our friends and family at our engagement party it finally feels so real and official!” Lipinski wrote. I say this all the time but you make me happier than I’ve ever been…here’s to forever!”

Lipinski’s wedding ring is as gorgeous as she is.

Tara Lipinski and Todd Kapostacy are getting married soon

It has already been many months of Lipinski and Kapostacy’s engagement, however, they are not breaking up. They are going to tie the knot really soon. 7 weeks ago, Lipinski posted a photo on her Instagram, where she was being measured for her wedding gown, which indicates that the wedding is going to happen soon.

Flashing back to that time I met my dream designer. I'm still pinching myself that @reem_acra is custom designing the most important dress I will ever wear! ???? #ReemAcra

Are you guys as excited as we are? Please leave your best wishes in the comment box below.