Frostsnow https://frostsnow.com/
Home Gossip Everything you need to know about Chris Rock and wife Malaak Compton Rock's divorce and children American actor, comedian, and producer, Chris Rock married Malaak Compton-Rock on 23rd November 1996. His wife, Malaak, is the founder and executive director of StyleWorks,  a non-profit, full-service salon that provides free services for women leaving welfare and entering the workforce. They have two lovely children together, Lola Simone (b. 2002) and Zahra Savannah (b.2004).

CHRIS AND MALAAK’S DIVORCE
Even though Chris and Malaak looked amazingly happy together, they decided to split in December 2014. Yes! divorces are never easy for couples to deal with. That’s what happened between Chris and Malaak. It was one of the worst divorces Hollywood had ever seen. Malaak and Chris were constantly blaming each other for their divorce.

There were rumors that Chris’s ex-wife was preventing him from seeing his daughters. He asked for shared legal and physical custody of the girls. ?

But, there was news all around during their divorce that Malaak demanded a large portion of Chris's $70 million fortune so that she can maintain her lifestyle.

CHRIS’S AFFAIR
Even though Chris never accepted, we assume that his secret affair with Rosario Dawson is the real reason behind Chris and Malaak’s separation. Chris and Rosario were rumored to get together while making ‘Top Five’. But, they did not come out in public about their relation as Chris was a married man. 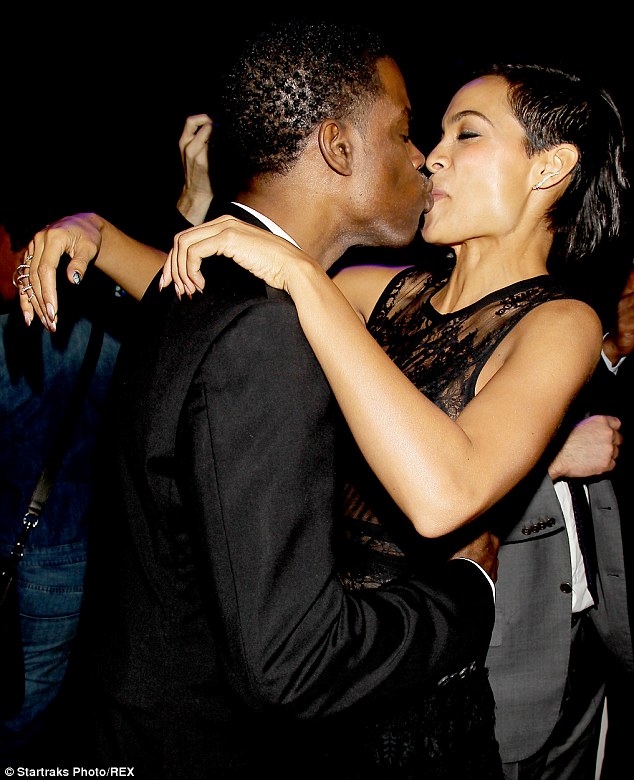 The internet broke with shock when a photo of Chirs and Rosario came out which was shot during premiere after-party of their film 'Top Five.'

Chris Rock was born on 7th February 1965. His real name is Christopher Julius Rock III. He was born to Rosalie Rock and Julius Rock in Andrews, South Carolina, United States of America.