What do you think, how hard it is to be a famous face all around the world? It's pretty hard, right? But if you are engaged with a celebrity then you'll too become a known face and everybody will know you. Same is the case with a normal business person whose face was new for last few years but after he got involved in a romantic relationship with the renowned person, he was started being counted as a celebrity.

Whom are we talking about? We are talking about one of the Hollywood's favorite couples Eva Longoria and Jose Baston. Eva is one of the world-renowned versatile personality with a verity of skills of acting producing and directing. Besides, she is also an activist and businesswoman.

The pair is living a happy married life since 2016 and people are now wondering about their love affair and married life. Let's get inside their personal life for more details. Just stay with us.

Eva Longoria has gone through two unsuccessful marriages before she got engaged with her current husband. Eva was first married to an American actor, Tyler Christopher in 2002 but just after a couple of years, they ended their relationship with a divorce in 2004. 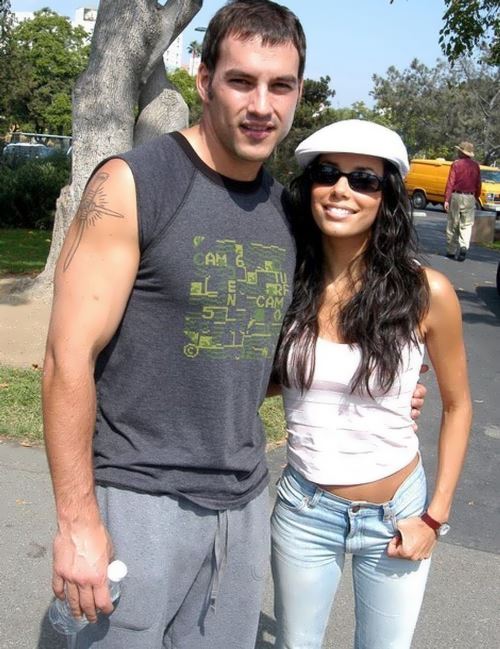 After her divorce with Tyler, Eva went on to marry a French basketball player, Tony Parker whom she met in November 2004. The pair first got engaged on 30 November 2006, after two years of dating and eventually got married on 6 July 2007.

Divorced husband and wife: Tony Parker and Eva Longoria at their wedding

However, the duo finalized their divorce on 28 January 2011 citing the reason as "irreconcilable differences".

Eva And Josh Began Dating And Eventually Got Engaged

After two unsuccessful marriages, Eva didn't expect to get married again. Even in an interview with E! News in 2013, she told;

I’ve been married twice. Been there, done that!

But soon she expressed her happiness with her relationship with her new boyfriend, Josh Baston to the Parade Magazine. She said;

You know, in general, I’m attracted to humor and intellect in a man. Let me tell you, I’m very lucky in my life.

The couple was dating each other since 2013 and during a trip to Dubai, Jose proposed Eva. After a day of their engagement, on 13 December 2015, she shared a tweet featuring her engagement ring and the pair was sharing a kiss. Check it out.

Wow!! Who would say "No" if one is asked this way?

Got Married In A Star-Studded Wedding

Within a year of their engagement, these two love birds tied the knot in a breathtaking lakeside ceremony in Mexico on 21 May 2016. The wedding dress was designed by Eva's best friend Victoria Beckham.

Stars including Ricky Martin and Melanie Griffith attended alongside Victoria and her beloved husband David, with Eva's co-star of Desperate Housewives Vanessa Williams.

We wish the couple all the very best for their future and we hope we will share a news of Eva Longoria's pregnancy with her first child.