Eugenia Jones married Jerry Jones in 1963. She lives with husband and three children Eugenia Jones is the wife of businessman Jerry Jones. They have been living together as a husband and wife since 1963. Even though Jerry has gotten himself in some controversies in the past, Eugenia and Jerry’s relationship seems to be in good terms at present.

Let’s find out more about this pair. 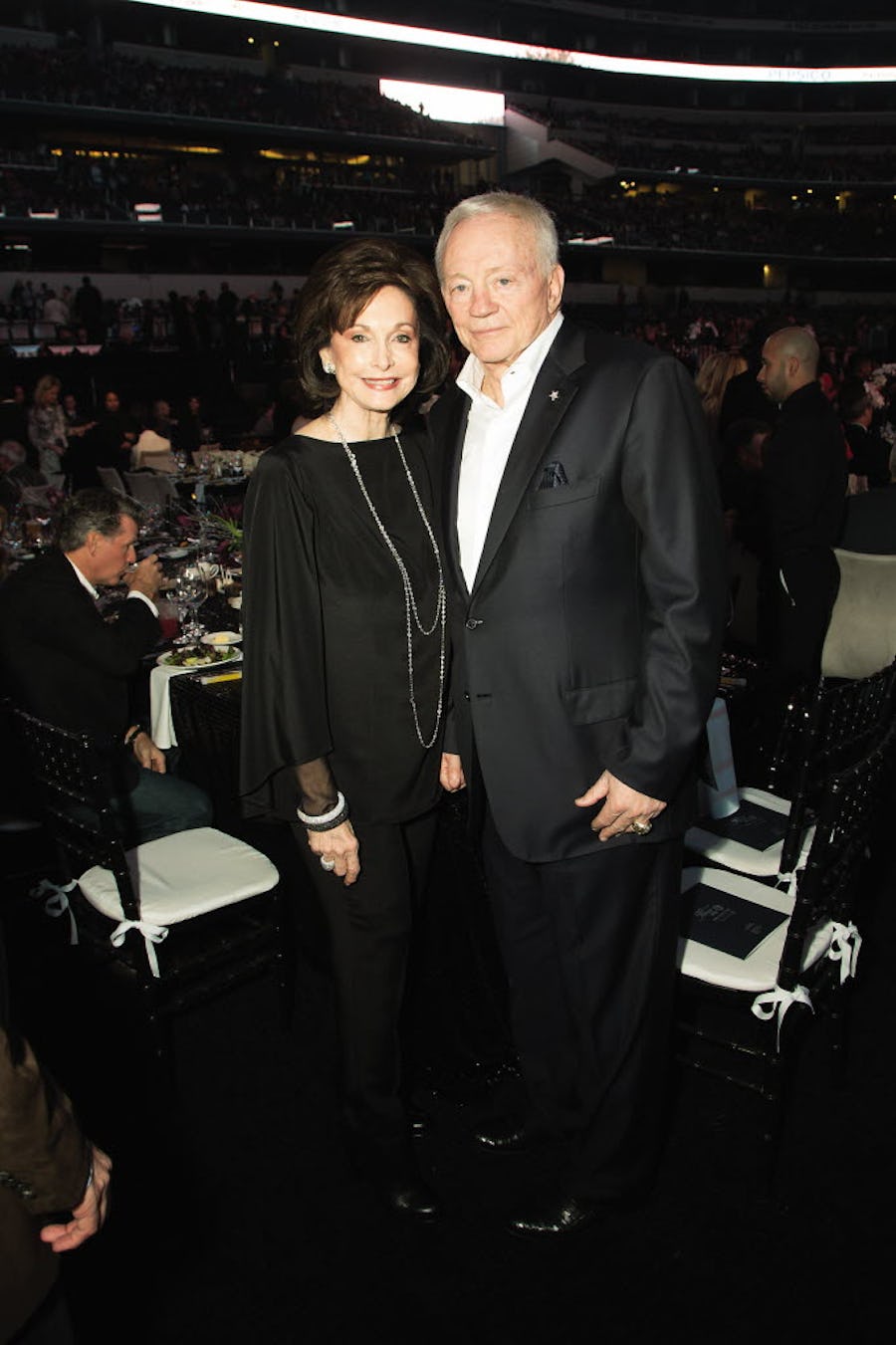 Eugenia Jones and Jerry Jones met on a blind date

Former Miss Arkansas USA, Eugenia met Jones at the University of Arkansas. You might be amazed to know that Eugenia and Jerry were set on a blind date by a mutual friend. After their date, they were joined by their friends at the state fair. During an interview with Dallas Morning News, Jones recalled the past and revealed that all of his friends were bringing a teddy bear to their date but Jerry was unable to so he went behind to buy her one. Later, the pair fell in love and got hitched to Jerry in 1963.

A few years ago Jerry had gotten himself into a sexy photo scandal controversy. In one of those photos, Jerry was seen grabbing the breasts of a lady and in another photo, another lady was seen posing in Jerry’s crotch. Both the pictures seems to be taken in a restroom. Jerry broke the silence after many years and said that the photos were ‘mispresented’. He said:

Someone has misrepresented photos taken at a restaurant five years ago for their own purposes. And so I’m not just going to comment. That's really all I’d like to get into.

Seems like Eugenia and Jerry solved this issue in mutual understanding as there has appeared no hint of divorce between this pair. Eugenia has been married to her husband since 1963. Eugenia seems to be very understanding and supportive wife. We hope their marriage remain as strong as ever. What do you guys think about Eugenia Jones and Jerry Jones relationship? Please, leave your opinions in the comment box below.