Frostsnow https://frostsnow.com/
Home Gossip Estella Warren Arrested for Dousing Boyfriend: Does This End Of Their Relationship? Past Affairs?

Estella Warren Arrested for Dousing Boyfriend: Does This End Of Their Relationship? Past Affairs? The whole world is drooling about women rights and domestic violence upon them right now, but how many of us have thought about men who become the victim. We must admit that the latter case is generally not given much emphasis, and a similar incident happened in tinsel town recently.

Former pro swimmer and renowned actress Estella Warren got arrested on Sunday for domestic violence. She was accused of dousing her boyfriend. Well, Warren is quite famous when it comes to violating the law. Let's find out what happened in detail:

Estella Warren is renowned for her appearance in the 2001 film 'The Planet of The Apes. Everyone knows how beautiful and talented Warren is when it comes to her profession. But it seems like she is a short temper lady whose love life is not going so well.

The Huffington post reported that the Los Angeles County Sheriff’s Department confirmed about Warren's arrest on Monday. She was accused of domestic violence as she threw cleaning fluid at her boyfriend. Well if you're wondering why she did so, then here's your answer. The pair reportedly got involved in an argument at her apartment in Marina del Rey, California.

Estella Warren detained by the police till 5 am for fighting with Jaime Pressly:

At a certain point, Warren lost it all, grabbed a container of cleaning solution and threw it at him. Although Warren got arrested on Sunday morning, she was released on paying a bail of $20,000 the same afternoon.

Previously, she was arrested in 2011 for drunk driving. She hit three cars in the parking and tried to run away. She paid $100,000 as the compensation and spend six months in the jail. 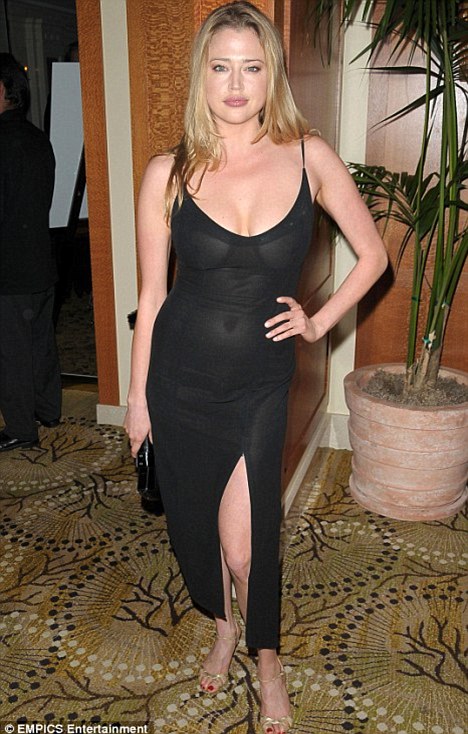 Later, she got a residential treatment facility where she had to wear a bracelet that detected alcohol.

Estella Warre past relationships and affairs

Warren has been in quite a lot of relationships in the past. In 2000, Watten dated Paul Thomas Anderson. After that in 2001, she was in a relationship with Kip Pardue which lasted only till 2002. After her split with Pardue, she dated Jerry O'Connell. Just like her other relationship, this failed as well.

From 2002 to 2006, Warren was in a relationship with Peter Berg. Apart from these, she was also linked with an American actor Michael Burns and Bruce Willis.

Philippe and I at the beach a couple days ago...love my big brother.

Estella Warren doesn't seem to get along with men so well. Since she has so many failed relationships and her current love matter doesn't seem to be going well as well, we believe she should think seriously before dating someone. We hope Warren will find the right person soon.