Eros Ramazzotti has been married twice in his life. After divorcing his first wife, Michelle Hunziker, he currently is living happily with his second wife Marica Pellegrinelli, an Italian model. The couple shares a son and a daughter. However, Eros is also a father of a daughter from his first marriage.

Curious to know about Eros' relationship with his wives and his children? Okay, then without a delay, let's know all about Eros relationships, married life, and children along with his past affairs.

There is a famous saying, "Everything happens for a reason." Maybe, Eros Ramazzotti's divorce with his first wife was meant to be, for after that he fell in love with Marica Pellegrinelli, now his second wife. The couple has not revealed about how they met and started their affair. However, it has been widely reported that Eros and Marica started dating in 2010.

A few years down the life, the couple reportedly engaged. And the couple got married on June 6, 2014, after dating for 4 years. The lovely duo exchanged their vows in Moterotondo di Gavi, Italy, at the Royal Palace of Milan in front of 200 guests.

Did you notice Marica's wedding dress? Well, the skirt, featuring music notes, was designed by creative directors Maria Grazia Chiuri and Pierpaolo Piccioli as a tribute to the musician. It was similar to Roar singer Katy Perry's 2014 Grammy dress.

The official Twitter of Valentino also commented about her wedding dress. Let's take a look.

It makes sense when marrying @RamazzottiEros you wear a couture dress with your lovesong embroidered on it #newlyweds pic.twitter.com/BdzLDv1v8G

The couple made their first public appearance after marriage in Valentino Men Fashion Show in Paris on June 25, 2014. Have a look at the couple sharing lovely moments.

Currently, the couple free from the mishaps and rumors of divorce and enjoying their life together. The couple even shares their lovely moments together on social media.

Besides being a cute couple, Eros and Marica, are also the lovely parents of a son and a daughter.

Eros and his second wife Marica welcomed their lovely daughter, Raffaela Maria, before marriage, on August 3, 2011. The couple later welcomed their son, Gabrio Tullio, on 14 March 2015. 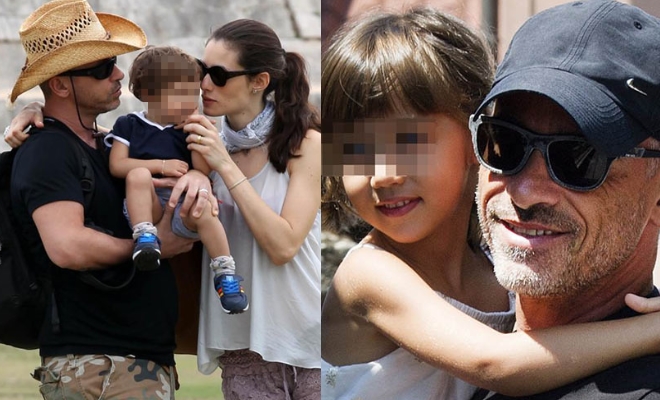 Eros Ramazzotti and Marica with their son and daughter

The most surprising fact is that it seems like the couple like to keep the identity of their children a secret, so the faces of the children are not revealed. The same case is on their social media.

We wish the happy family a lot of happiness!

As we all are aware, prior to Marica, Eros Ramazzotti was married to her first wife, Swiss model and actress Michelle Hunziker on April 24, 1998. The couple has not spoken a word about the beginning of their relationship. However, they were alleged to be old-time lovers.

Eros even wrote and released his song Più bella cosa in 1996 for his then-girlfriend Michelle. the translation fo the song is The Best Thing.

But after 4 years of marriage, Eros and Michelle separated in 2002, and their divorce was finalized on March 25, 2009. However, the reason for their split is not disclosed yet.

Eros and his former wife Michelle are also parents to a daughter, whom they named Aurora Sophie. Well, Aurora is now a grown-up, however, nothing much about her is known, except that she was born on December 5, 1996, while the former couple was dating. 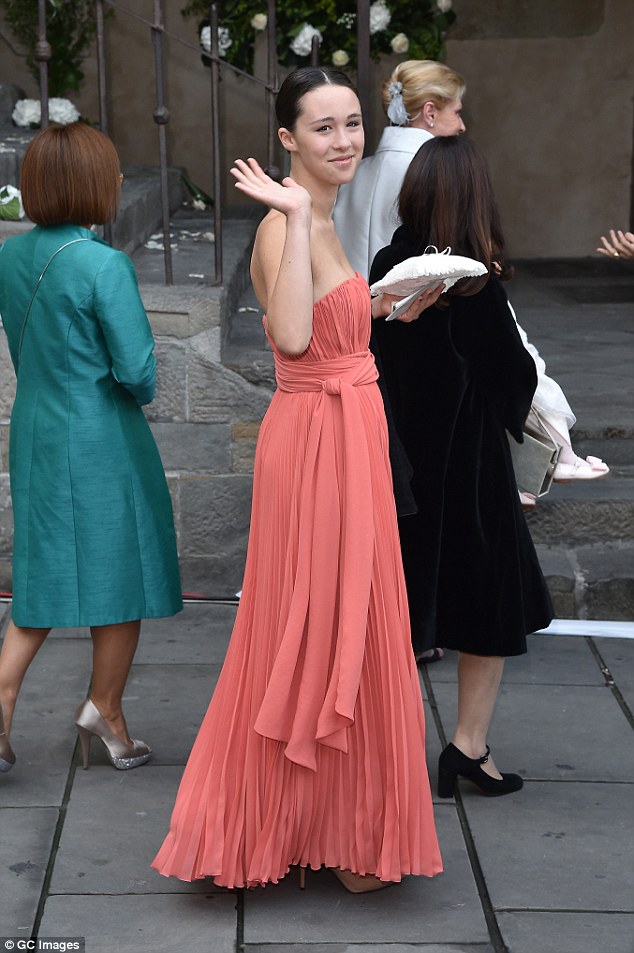 Well, many of you don't know but Aurora was also present in Eros' second marriage. Despite the end of the relationship of Eros and Michelle, Aurora seems to be in good terms with her father.

Yeah, the love of the parents is perpetual.

Besides having a history of an unsuccessful marriage, Eros also had an affair in the past. He was reported to be dating Roger Garth in 2002. But, after dating for 8 years, the pair broke up in 2010.

But lucky Eros found his life-partner Marica soon after. And similarly, Eros' first wife, Michelle, also got her new love and married him.

Sounds like a film story, but Michelle also got married to her love the same year Eros married Marica. Yeah, Michelle married her handsome fiancee of a year in October 2014 at Palazzo della Ragione in Bergamo.

Well, her husband is none other than Tomaso Trussardi, with whom she shares two daughters, namely Sole Trussardi and Celeste Trussardi. Have a look. 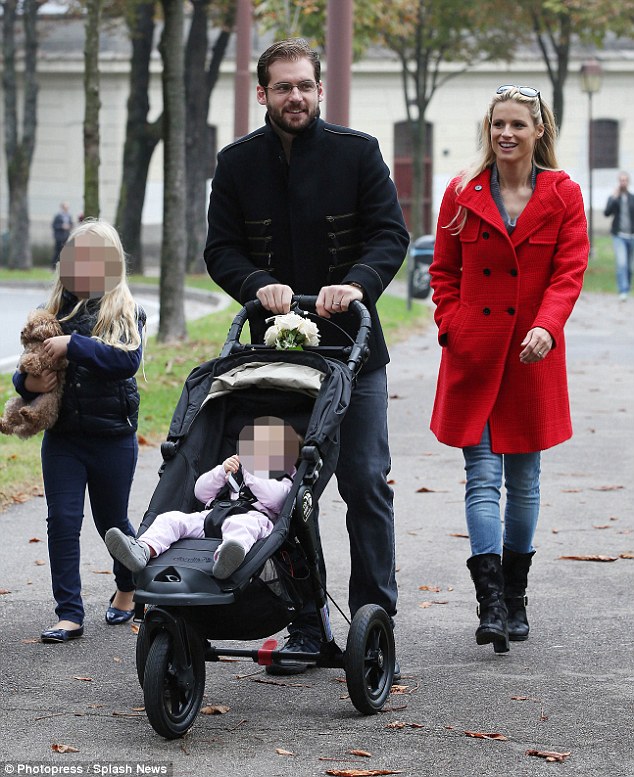 Michelle Hunziker and her second husband Tomaso Trussardi with children

As of now, they are living happily. Let's wish both Eros and Michelle happy days ahead with her marriages.