Love and relationship seem to be positive in the context of hip-hop musicians like Jay Z, Kanye West, Puffy and Biggie, Teddy Riley, and so on. Yet, not many rapper's relationships and married life have been great.
In fact, the most talked relationship of one of the greatest rapper in history, Eminem, is also the most venomous relationship that we have heard lately.

The rapper Eminem and his former wife, Kimberly Anne Scott met for the first time when they were in high school. Eminem was only 15 then while Kim was 2 years younger than him.

Soon after that, Kim and her twin sister Dawn Scott, in 1988, ran away to escape from her stepfather we allegedly sexually abused Dawn, and for to find a safe shelter for each of the two. 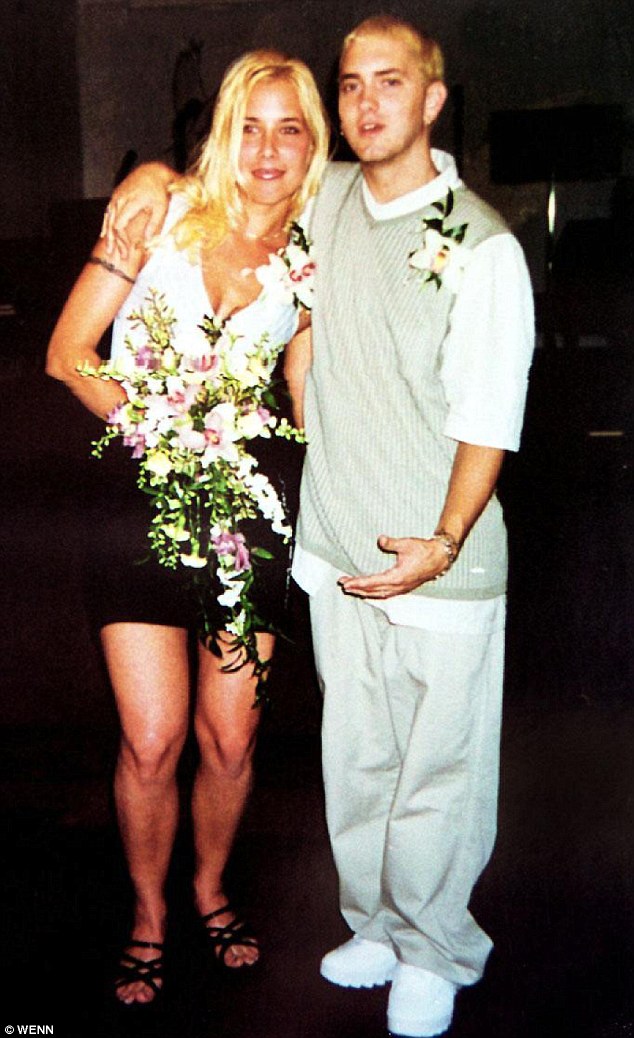 Kim and Eminem started dating in 1989. They had an on-and-off relationship. They welcomed a child together, a daughter named Hailie on 25th December 1995. A close sourced described Eminem's relationship with his lover and said:

...Em’s like, ‘I’m leaving her, I’m never going back.’ Next day, he’s back with her. The love they got is so genuine, it’s ridiculous. He’s gonna end up marrying her. But there’s always gonna be conflict there.

Year after the couple welcomed their child, the 8 Mile star and his girlfriend broke up. However, the pair couldn't let go of each other from their lives and it was their daughter, the couple needed to look after together.

Later, the Rap God's love affair transformed into a marriage. They tied the knot on 14th June 1999. However, their marriage could barely survive a year. The pair divorced in 2001.

When Eminem gave an interview to Rolling Stone in 2002, he revealed that

I would rather have a baby through my penis than get married again.

However, after the couple reconciled, he married Kim again in January 2006.

Yet again their marriage couldn't survive half a year as he filed for divorce by April.

When Kim appeared in an episode of Dr. Keith Ablow's talks show, she revealed that Eminem thought he was God when he began his first tour. She said:

I was just told that I should be grateful that he still talks to me, you know how many women throw themselves at him. And I just pretty much felt like a piece of crap.

She even added that she first married him to make him faithful and grounded but it didn't work. The reason why the couple tied the knot second time was that Eminem wanted to celebrate 15 years of their togetherness. However, Kim didn't want to sign a marriage license, but she desired to have only a ceremony. She said:

...Because I was just afraid of what would happen if we had to go through a divorce, our kids. And then 41 days later, Feb. 25, Marshall left.

Apart from Eminem, Kimberly Anne Scott also had an affair with her ex-boyfriend Eric Hartter, who fathered her second daughter Whitney Scott Mathers.

After the divorce, Kim and Eminem shared joint custody of their daughter Hailie Scott. Eminem also got the full custody of Kim and Eric's daughter, Whitney, due to Kim's legal issues.

The pair also reached a settlement on a $10 million lawsuit, which Kim filed over the rapper's song titled Kim. In his song Kim, he raps about killing ex-wife Kim while their daughter watches.

Such is the tragic love story of Eminem and his ex-wife Kimberly Anne Scott. Although the couple's love affair couldn't succeed, it supplied us with a divorce and some amazing songs.

What is Eminem Age?