31-year-old former Bachelorette Emily Maynard Johnson has now become a mother again with her husband Tyler Johnson. Emily, who is known for her appearance in the popular ABC series ( involving a handsome guy and a gaggle of girls) which has also featured celebrities like Kaitlyn Bristowe and Jordan Rodgers, is also the bestselling author of the book I Said Yes: My Story of Heartbreak, Redemption, and True Love.

Emily and Tyler got married back in 2014. However, Emily's story is not all fairytale that one sees on her Instagram posts. Before having an affair with Tyler, Emily was in a relationship with Joseph Riddick "Ricky" Hendrick IV, popularly known as Ricky Hendrick, an American NASCAR driver and partial owner of the Hendrick Motorsports team, founded by his father Rick Hendrick. 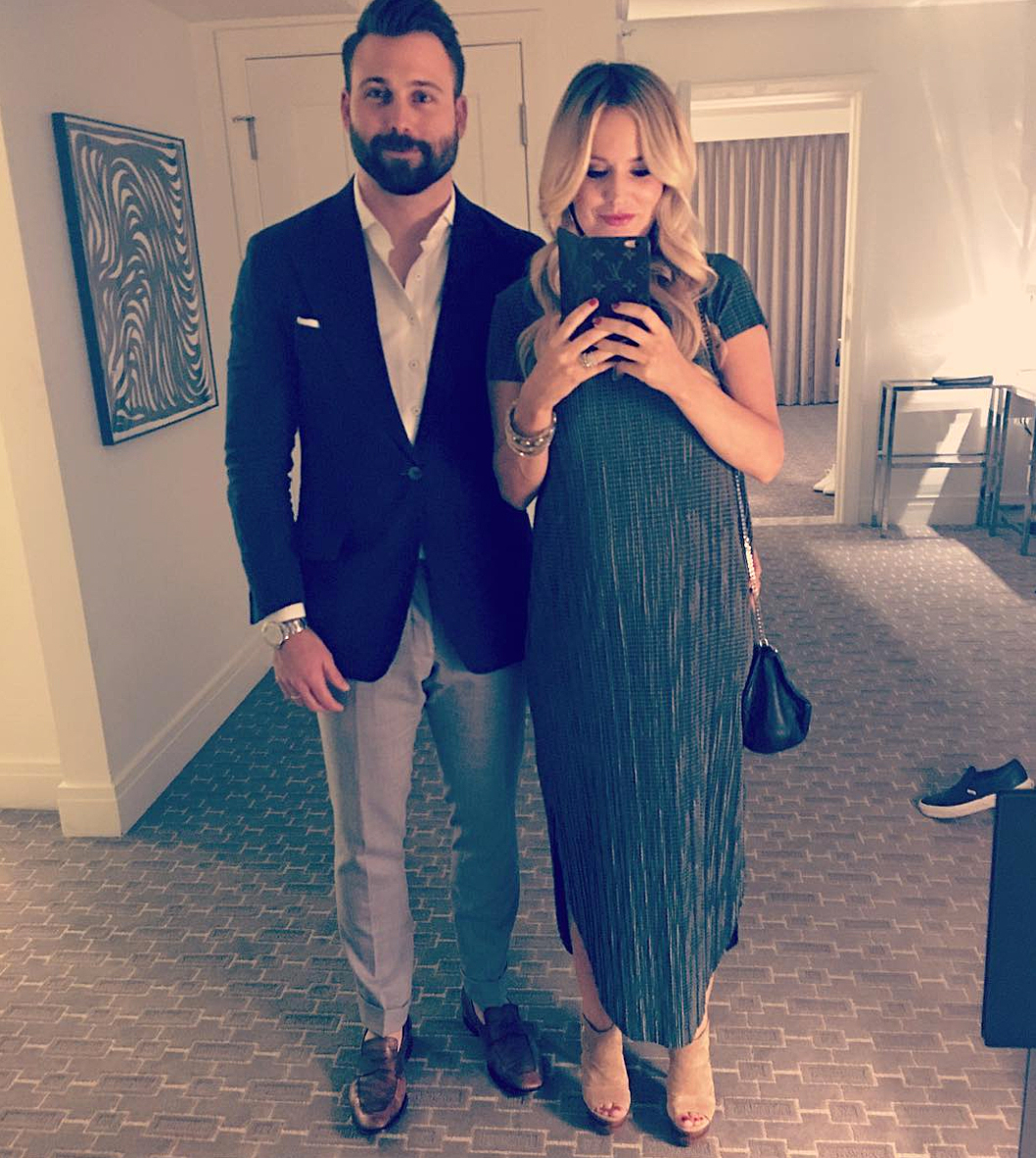 Emily and Tyler, the couple pregnant with their new baby

In fact, Emily and Ricky were so close to each other that they had taken a step towards getting married. Emily started dating Ricky Hendrick from 1999 and they both got engaged in April 2004. Sadly, Ricky had an untimely death on October 24, 2004, in a plane crash, six months after they had been engaged with each other.

So many emotions. 1) this woman is my everything. She is so extraordinary. I’m so blessed God gave her to me. 2) Ricki is still the queen. I? love you my sweet angel. 3) Johnson boys- LETS GO!! 4) I? feel very overwhelmed at God’s blessings. I? am a sinner saved by grace and even though I’m so broken God says “I? love you”. Thank you Jesus! 1 John 4:19. #4

Shortly after the incident, Emily found out that she was pregnant with his child. She subsequently gave birth to the little one and named her Josephine Riddick Hendrick, after her father.

Below: Emily shares a family photo on her social media site where Ricki is holding her small brother.

...God is so good... my cup runneth over... {welcome New Baby Johnson to the world. If anyone has any good boy names send them my way! We need help!}

Children of Emily and Tyler

Emily and Tyler are the parents of 4 children. However, Tyler has fathered only 3 of them. After Ricky, Emily had an engagement with another Bachelor star Brad Womack, while season 8 Bachelorette winner Jeff Holm dated Tyler, a professional basketball player. Emily has said in an interview that she wants to add at least one more member to her family.

Tyler with his wife, Emily, and daughter, Ricki

Later, after their marriage, Tyler and Emily welcomed their first son, Jennings Tyler, on July 16, 2015, and following one year late, they welcomed their second son, Gibson on September 16, 2016.

Emily with her husband and children before mothering the fourth time

Well, a happy family indeed, and love grows more and more between them with every passing day. Emily has been through a lot in her life, from the heartbreak of losing her partner and soon-to-be husband, to seeing her second engagement break off, and has always come up stronger and more beautiful.

No doubt, she deserves all the happiness in the world and many more.