Game of Thrones’ Mother of Dragons, Daenerys Targaryen, Khaleesi is no other than Emilia Clarke. The Berkshire raised Clarke became the tribute of Los Angeles when Game of Thrones transformed her into Hollywood’s new bombshell from a normal girl-next-door. Born on 26th October 1986 Clarke is not just a talented actress, but is also equally beautiful. She has won the heart of million men worldwide, but have you ever wondered about the lucky guy who won Clarke’s heart?

Clarke was in a romantic love affair with comedian Seth MacFarlane in the past. However, the pair was quite mysterious. Clarke opened up about her relationship only after three years of her break up with the comedian. So, why did the pair broke up? Who is the hot Khaleesi dating now? Let’s find out.

Emilia Clarke Talks About The Con Of Dating Publicly 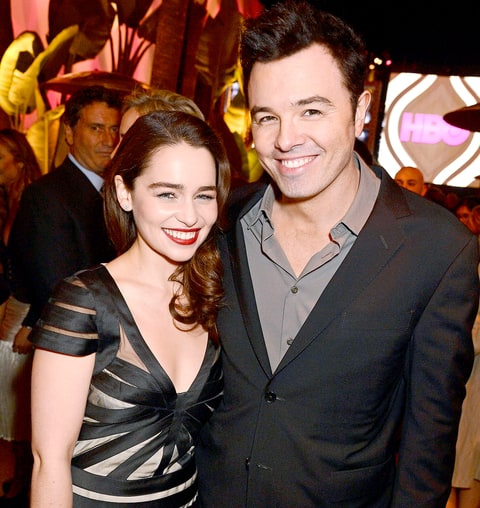 She recalled an event that took place in New York when she was together with MacFarlane. The pair happened to encounter with a fan who asked to take a selfie with Clarke and praised about her show. But towards the end, he also said, 'I'm not sure what you're doing with that guy'. We must admit that Clarke might have felt really bad to hear such a thing.

Clarke dated MacFarlane in 2012. The distance between the pair created a lot of issue between them which is supposedly the reason behind their split. Their love affair lasted for only six months as they broke up in 2013. E! News reported that the long-distance relationship between Clarke and MacFarlane didn’t work out. 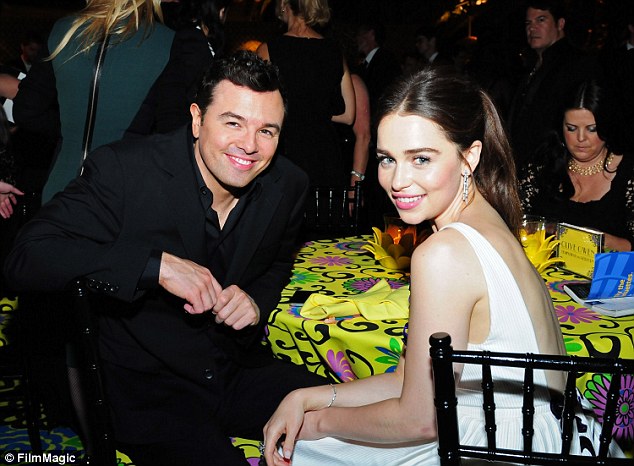 Apart from MacFarlane, Clarke has dated James Franco in 2013, Cory Michael Smith and Jared Leto in 2014, Jai Courtney in 2015. She is also rumored to have dated her GOT co-star Kit Harrington.

The men Emilia Clarke has dated:

Emilia Clarke as of early 2019, is dating Charlie McDowell. He is an American film writer and director who is most popular for his work on the movie The One I Love. Though the pair has not officially announced their, they are often spotted together spending quality time together.

The epitome of the party that was dirty thirty.... @david.mumeni and I showing 'strictly come dancing' how it's really done... ?????? #salsaingsillymakesthetequillasitpretty ?? #thankgoodnessyogagavemeabackthatcanbend

In November 2018, the duo was spotted shopping and walking arm-in-arm in Venice, California. It seems Clarke and McDowell enjoying their time together and who knows we might hear the wedding bells soon.