Daughter of former SNL cast member, Rob Schneider, and former model, London King, Elle King is one of the renowned American singer, songwriter, and actresses. She is married to an American personality, Andrew Fergie Ferguson but recently, the duo is on the verge of divorce. The singer reportedly filed for divorce a week after her husband was arrested for domestic violence.

Well, What happened between this beautiful couple?  Why are they looking forward to divorce? Come, let's find out the details and more about their married life and relationship.

The Husband and wife, Andrew Fergie and Elle King started dating each other in the beginning of 2016. Initially, none of them opened up about their relationship, however, the couple eventually revealed their relationship through a post on social networking site, Instagram.

The couple was once seen sharing their kisses on Instagram. Le's have a look at that picture. 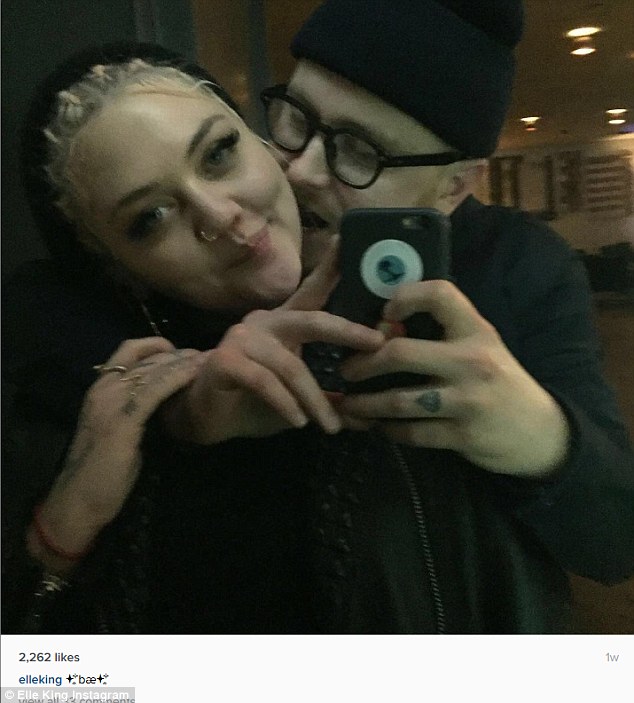 To add to that, the couple was seen spending Holliday in California, where Andrew proposed Elle on a boat under Golden Gate Bridge, Elle accepted, and they were soon tied in a marital relationship. Check out the video

The fabulous pair who got married in mid-2016 revealed Elle King previously skipped her marriage ceremony just to attend the Eagles Of Death Metal concert. 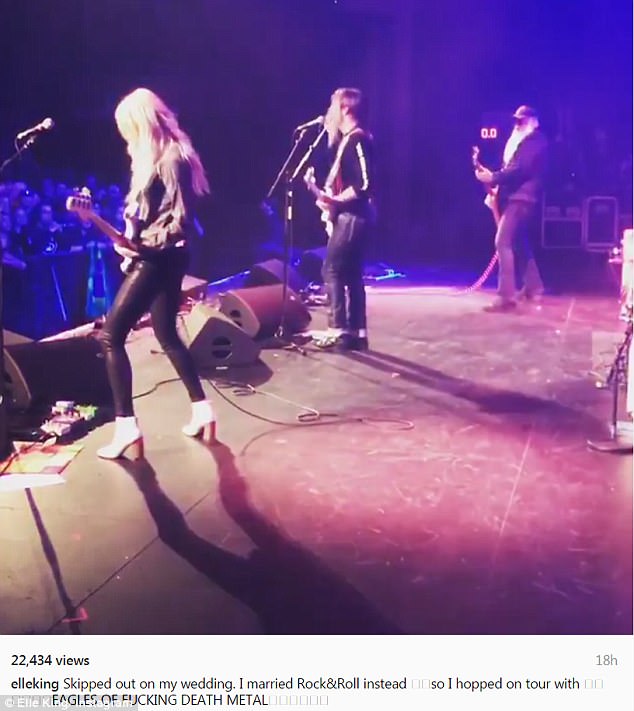 Currently, the duo is heading for divorce after Andrew was arrested for domestic violence weeks before Elle announced secret marriage. According to TMZ,

Andrew Ferguson was arrested on April 23, after police were called to the couple's Los Angeles home, where he is alleged to have grabbed singer Elle by the throat, thrown her on a bed and yelled, "I'm gonna f***ing kill you."

This news created a huge buzz on the internet. Well, you might be interested to know the actual truth behind this physical assault.

Since after separation from Andrew, Elle wrote a message to him on one of her Instagram photo expressing her emotions that she was always happy being with him.

This is what Elle wrote on one of her Instagram photos:

"A month after what should have been our big wedding ceremony,' she added. "My heart is broken. My soul aches. I am lost. He is the greatest love of my life. He is my best friend."

"As we separate, and attempt to find our footing through life, all I can hope for us is that we both find happiness within ourselves. I Love you. You'll always have my heart. You'll always be my first husband."

She ended her message saying "Please be respectful of our emotions and our space during this time. Everybody though I lost my Mind and I did. So, be kind."

See the video, Elle King has just hinted that she is single.

We can see, the couple is going through a rough time. Why did this couple suddenly took this huge decision? Are they really going to get separate? Let's hope not. Whatever be the situation, We really hope that they live a happy life. We wish all the very best for their future. Keep in touch with Frostsnow, to know about their relationship. We will keep you updated. Paw Lagermann is in Relationship With Ditte Hermann, Know about his Affairs and Dating History