Till what age do you think, you’ll be able to maintain your figure? Some might say 35 or 40. A perfect example is the svelte figure of Elizabeth Hurley. Being a 52-year-old working lady, Hurley has been maintaining her perfectly shaped figure despite her age. Inspiring, isn’t it?

Although Hurley never fails to impress people with her shape, her recent appearance at the Elton John AIDS Foundation benefit made everyone speechless. She looked absolutely stunning and her svelte figure appeared to be out of the world considering her age. Read more:

Elizabeth Hurley awestruck everyone with her figure

Elizabeth Hurley who recently celebrated her 52nd birthday, looked ravishing as she continued with her age-defying looks as she attended the Elton John AIDS Foundation’s benefit Woodside Gallery dinner in Windsor on Thursday. 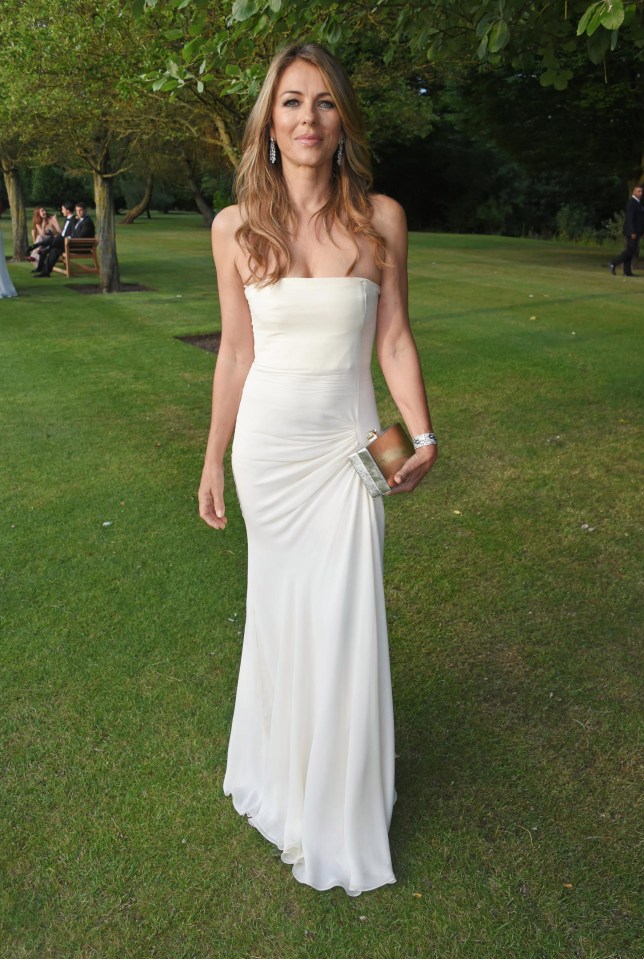 Hurley’s appearance grabbed a lot of attention as she wore a strapless, body-con gown that showed off her slender frame and perfectly shaped figure fluently.

Although many celebrated personalities were present, Hurley white dress made everyone’s eyes stuck on her. The dress had a perfect boost ruched detailing on its side. It covered Hurley’s body showing off her sensational physique and matching pair of white heels. 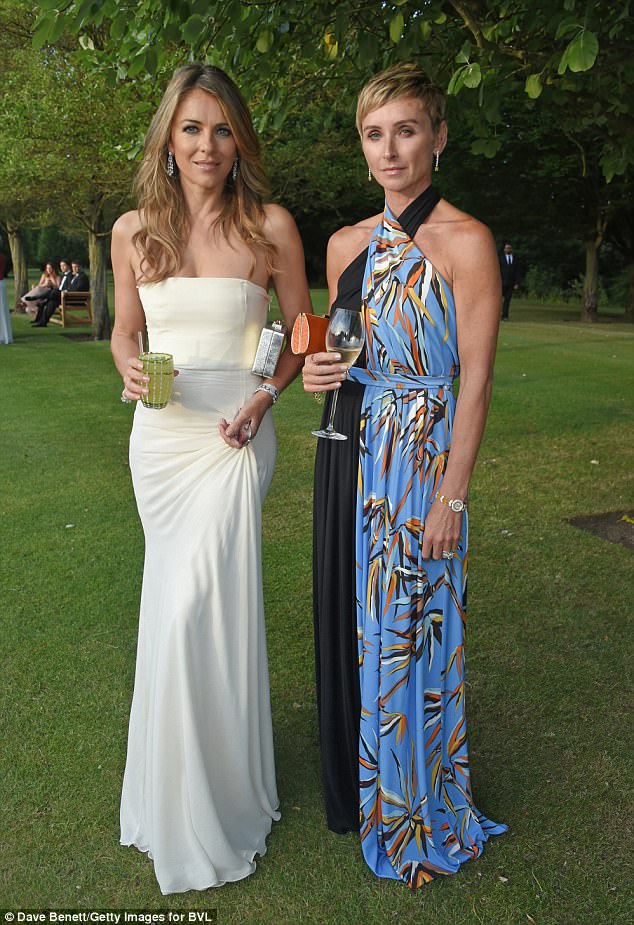 She chose to keep her neck bare but wore a pair of matching silver. She didn’t wear a fancy makeup but chose to be a minimalist. Her dyed hair was parted in the center and was styled in waves.

If you’re thinking about the beauty’s relationship status, she is totally single. She was married to Indian textile heir, Arun Nayar, in 2007. They got hitched on 2nd March at Sudeley Castle. Their marriage fell apart by the end of 2010. Their divorce got finalized on 15th June 2011 for ‘unreasonable behavior’ as the reason behind their split.

Just three months post her divorce, Hurley got engaged to Shane Warne. However, they didn’t tie the knot but ended their engagement and parted ways due to some mysterious reasons.

Apart from the two relationships, Hurley has also been in other relationships. One of her most famous relationships was with Hugh Grant back in 1987 which ended in 2000. She was also in a relationship with businessman Steve Bing in 2001.

Hurley’s only son Damian Charles Hurley was born on 4th April 2002 as a result of her relationship with Bing. Although Bing denied fathering Hurley’s child in the first, the DNA test proved that it was his son.

Congratulations to @eltonjohn and @davidfurnish for a brilliant @ejaf fundraiser last night, hosted by the sublime @dwalliams. Thank you @bulgariofficial for the rocks ??????

Since Elizabeth Hurley is single now, she has had quite an affairs in the past. Considering her youthfulness and super sexy figure regardless of her age, we hope a lot of her exes regrets leaving her.

Just like Hurley awestruck everyone during the Elton John AIDS Foundation benefit event, we believe she’ll continue to do that in coming days as well.