Elisabeth Hasselbeck is an American television personality and a talk show host. She was born on May 28, 1977. In November 2003, Hasselbeck started as the fourth co-host on The View replacing Lisa Ling. After almost ten years, Hasselbeck left the series in July 2013.

This hot anchor is married to Timothy Thomas Hasselbeck. He is a former football player. He now works as an analyst for ESPN.

Coming from an NFL family, Hasselbeck followed in the footsteps of both his father and older brother. Tim’s tenure in the NFL lasted from 2002 to 2007, with six seasons on five different teams. Tim’s net worth is 12 million dollars.

Tim and Elisabeth were together at Boston College in the late 90s. They had their first date in 1997, which reportedly lasted for about 14 hours. As per Elizabeth, meeting her husband was her fate. They got married in bride’s hometown, with a ceremony for 200 guests. 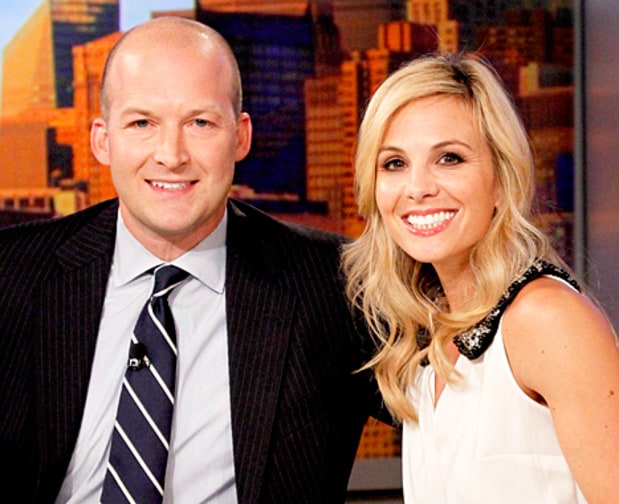 Tim had once revealed jokingly that he is better known as “the boyfriend of Elisabeth from Survivor” than as a quarterback. The whole Hasselback family comes across as having a quiet and reserved stance. In 2010, the Hasselbecks performed a supposed “job swap”. Elisabeth provided live NFL commentary and Tim improvised on the morning talk show with the rest of the bubbly, all-female panel.

Elisabeth Hasselbeck said on November of 2015 that she's leaving as the co-host on the "Fox & Friends" morning show to spend more time with her three children.

She stated that she wanted to start the day with her children first. She and her husband have two boys and a girl.

"With a heart full of gratitude and the peace that God has given me, I am confident that this personal decision is the right one for our family, and we will be joining all of you watching 'Fox & Friends' each morning as we get ready for school together."

This fairy tale family seems to be going very strong as of yet. This family is not very surrounded by rumors. No new news of their divorce has surfaced.