Actor Eddie Murphy has a long list of ex-lovers. Most recently, his name has been linked with Rocsi Diaz. The pair began dating in 2011 and were spotted hanging out a lot. Sadly, the pair is no longer an item as things appear to be cold between them.

51-year-old Murphy’s relationship with Diaz began a few weeks before June 2012. Diaz is much younger than Murphy as she is only 28 years old, but still, the pair’s heart met. The couple was spotted cuddling on a coffee date in Sherman Oaks, Los Angeles. Murphy even took Diaz to his annual family holiday with his kids to Maui. 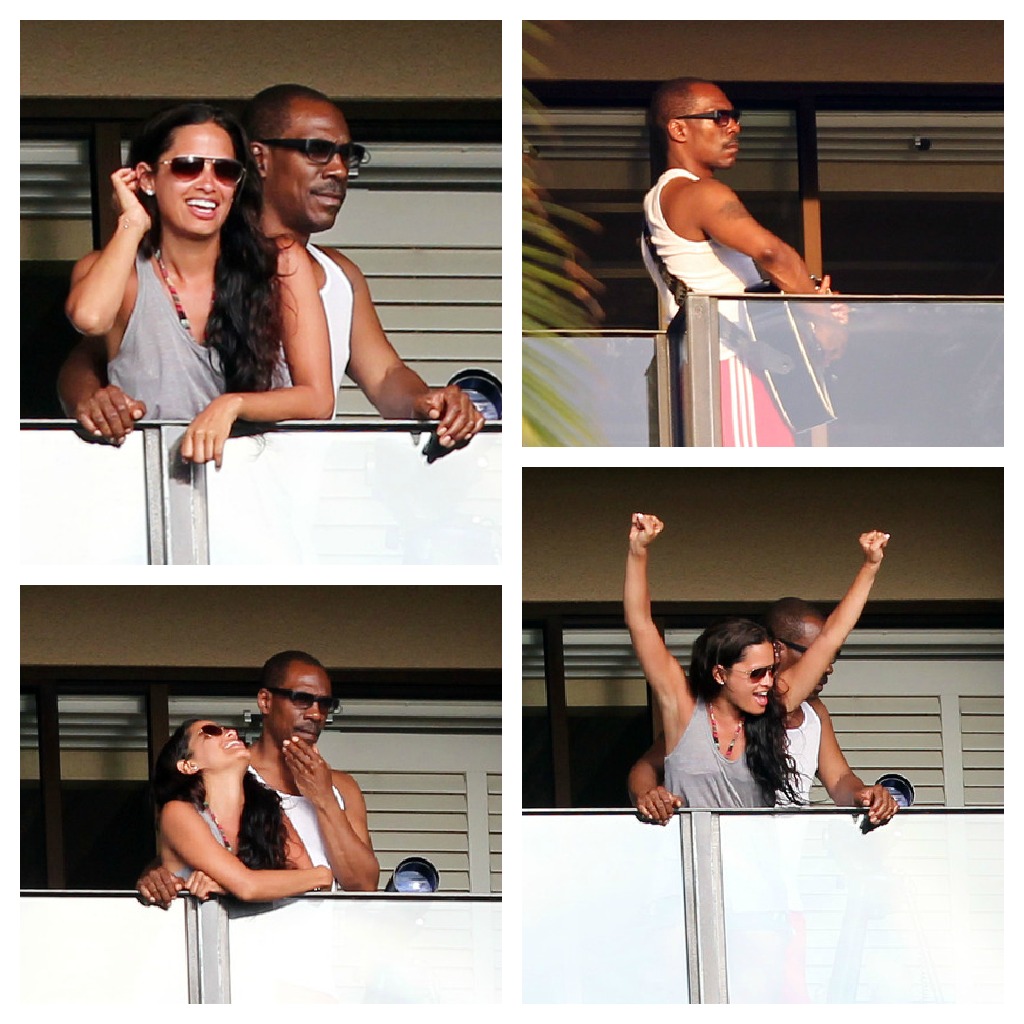 However, after 2012, Murphy and Diaz haven’t been seen together which signs towards their split. It seems like the pair broke up secretly.

Murphy’s relationship history is quite broken. He dated Paulette McNeely and Tamara Hood before getting married to Nicole Mitchell. He has a son named Eric who was born in 1989 from McNeely and his another son Christian was born in 1990 from Hood.

It's already been an amazing year!

He tied the knot on 18th March 1993 with Nicole Mitchell at the Grand Ballroom of The Plaza Hotel in New York City. Murphy and Mitchell became parents to five kids named  Bria, Myles, Shayne, Zola, and Bella.
Sadly, they got divorced on 17th April 2006 with "irreconcilable differences" as the stated reason. After his divorce, Murphy dated Melanie Brown, who also became a mother to Murphy’s child. It was a baby girl, Angel Iris Murphy, who was born on 3rd April 2007.

Murphy got married for the second time on 1st January 2008 with Tracey Edmonds on an island of Bora Bora. However, they never legalized their marriage. They had planned to do it after returning from Bora Bora but they didn’t. Therefore, their private wedding never turned into an official wedding. They broke up two weeks after their wedding ceremony that took place in Bora Bora. After Edmonds, Murphy was involved in a romantic relationship with model Paige Butcher. They dated in 2012 and she gave birth to his daughter Izzy on 3rd May 2016.

Murphy hasn’t revealed who he is dating after ending his relationship with Diaz. It seems like Diaz’s relationship status is also single as her Instagram shows no trace of any man who appears to be her boyfriend or a date.