Ed Sheeran's 2018 Net Worth: His Salary, Career and Awards Edward Christopher Sheeran, professionally known by his stage name Ed Sheeran, is an English-born singer, songwriter, record producer and guitarist. Best known for his numerous hit songs like Shape of You, Thinking Out Loud and others, he has collaborated with some A-listers in the music industry like Justin Bieber, Taylor Swift, Calvin Harris, Beyonce, etc.

Born on 17th February 1991, the 26-year-old is indeed one of the biggest names in the music industry. He has an estimated 2018 net worth of $68 million. In 2017, he was also listed in the 71st place on World's Highest-Paid Celebrities by Forbes.

Today we are going to share with you some interesting information about Ed Sheeran's net worth, salary, his career, and achievements.

Ed Sheeran Net Worth and Salary

Of Ed Sheeran's estimated 2018 net worth of $68 million, he earned a massive $37 million in 2017 alone, when he was listed in the 71st place on World's Highest-Paid Celebrities by Forbes. The massive earning was despite the fact that he took the entire year off. Back in 2016, he made a massive $33.5 million, which means that his daily income that year was almost $100,000.

Moreover, Forbes also listed him on their list of 30 Under 30- Europe- Hollywood & Entertainment in 2016. Additionally, after the release of his song Thinking Out Loud, he was able to collect a mouth-watering $24.3 million for his company out of which he received almost $22 million. According to figures, his income from record sales in the three-year period, between 2014 to 2017, was $55 million.

The majority of Sheeran's earning is through his career in the field of music. However, he makes quite some bucks by endorsing different brands. Some of the companies and products he has endorsed are the clothing line Hoax, Nando's, and Dunlop Manufacturing.

Furthermore, Ed is also a very charitable person, and he supports many causes and foundations that include Fuck Cancer, Grammy Foundation, Elton John AIDS Foundation and others. 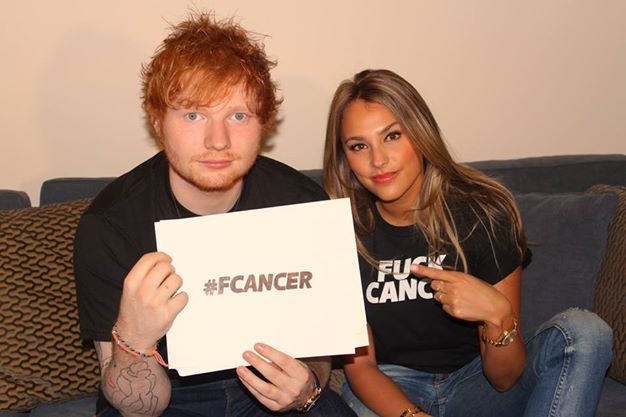 Talking about Sheeran's assets, he belongings are something beyond the imagination of a 26-year-old. Not long ago, he bought three houses in Suffolk village next to the farmhouse where he grew up. According to reports, he has already started adding some tweaks to the homes, which include a private pub, swimming pools, hot tub, billiards room, and many others. The locals of the town have even started calling the area Sheeran-ville. 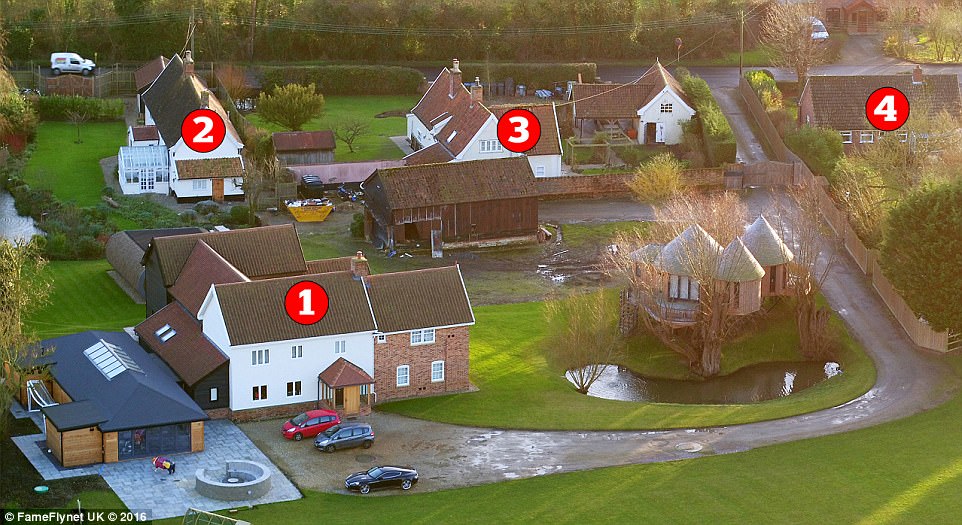 Moreover, according to reports, he is all set to convert the barn's basement into a cinema and music room under the pub mentioned above, which will be connected by underground tunnels to the main house. Regarding Ed Sheeran's cars, he is often spotted either in an Aston Martin, worth around $200,000; or a Mini Cooper, which comes for $25,000.

It seems that Sheeran who recently got engaged to his high school sweetheart Cherry Seaborn wants to give his to-be wife the best of best.

Got myself a fiancé just before new year. We are very happy and in love, and our cats are chuffed as well xx

Apart from this, he has other mansions and apartments in London and the United States.

Ed made his debut as a professional singer back in 2004. In the year, he released his collection of work independently titled Spinning Man. Even during the initial stage of his career, he collaborated with some big names like CeeLo Green and Chapman.

However, it was not until 2011 that the singer made a breakthrough. In the year, he performed his debut single The A-Team on the TV music show Later... with Jools Holland. The song was released around May 2011 and soon became a commercial hit as it landed in the third place of UK Singles Chart and sold over 58,000 copies in just a week. Additionally, the single also became a hit in countries like Germany, Ireland, Australia, Japan and Norway.

Throughout the years, the singer has gotten more and more popular and won hearts of his fans. He has also consistently dropped hit songs that are certified platinum and have sold millions of copies. Recently, in 2018, his single Shape of You was named the best-selling single of 2017 in the UK and was on the Billboard Hot 100.

Listen to Ed Sheeran's Shape of You