Actor Dwayne Johnson is known all over the world by his ring name ‘The Rock’. He has a lot of fans worldwide not only for his mind-blowing performances but also due to his good looks, amazing personality and well-built body. Well, he broke a lot of hearts with his latest announcement about dating Lauren Hashian.

Although it has been many years of Johnson and his girlfriend Hashian’s togetherness, they seem to be in as much love as they were in the beginning of their relationship.

Well, Johnson who is very much in love with his girlfriend doesn’t miss a single chance to show off his pecks. Johnson who recently attended Oscars red carpet along with Lauren grasped an opportunity and beautifully planted a sweet kiss on Hashian's cheek.

When Johnson appeared on the Oscars along with his partner Hashian, they stood among the crowd strongly holding one another's hand. Johnson wore a blue velour tux jacket accompanied by black pants, white shirt, and a bowtie. Similarly, his partner looked amazing in a bodycon rose gold silk dress and gold studded shoes. 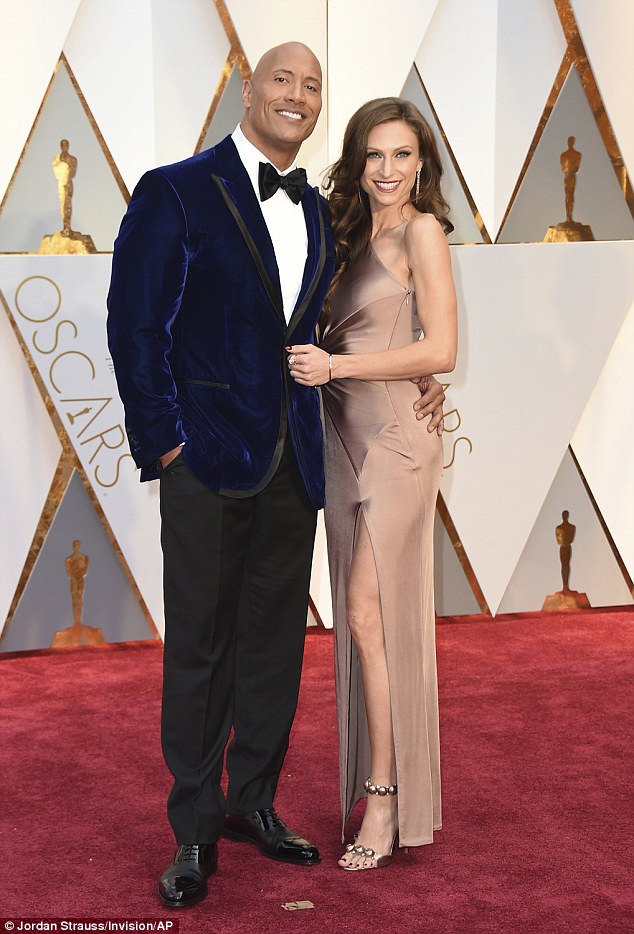 The pair was all over each other while they walked and posed on the red carpet. They were constantly wrapping one another in their arms while Johnson showered his girlfriend with several kisses on her cheek. And the happiness in their face was unexplainable. 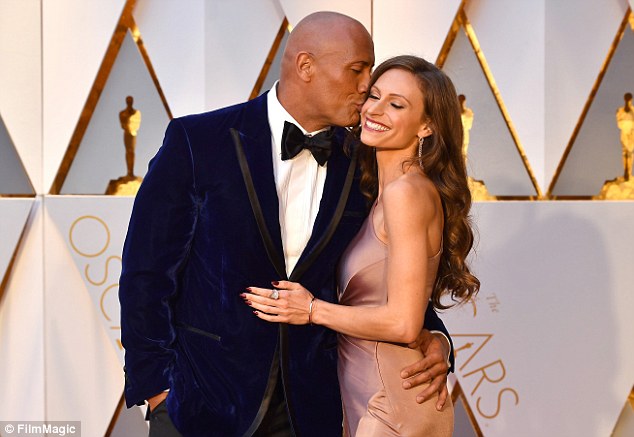 Johnson and Hashian have been together for a decade now. They first met while Johnson was filming for ‘The Game Plan’ in 2006. Subsequently, after which, Johnson got divorced from his first wife Dany Garcia in 2007. Rumors claim that Johnson and his wife’s split was due to his affair with Hashian.

Even though Johnson and Hashian haven’t married yet, they got the privilege to become parents in December 2015. Hashian gave birth their first child,  a baby girl named Jasmine.

Besides, Johnson has a 15-year-old daughter named Simone from his previous relationship with his ex-wife Garcia. He married Garcia on 3rd May 1997 after dating for a while. She gave birth to Simone Alexandra on 14th August 2001. Despite their divorce, they have remained good friends.

The Rock and his girlfriend’s chemistry is undoubtedly amazing. Looking at their love and bonding, we don’t see a reason why they haven’t tied the knot yet. However, we know that marriage doesn’t define any relationships strength.

Well, it would be more than amazing to see Johnson and Hashian get tied in a marital bliss. We hope someday, that’ll come true.