Dr. Phil’s son Jay McGraw has been married to former Playboy model, Erica Dahm for a decade. In 2016, this pair completed their 10th marriage anniversary.

Despite being married for so many years, this pair looks like they just met yesterday and fell in love. Their relationship is going well without any issues.

Mc Graw and Dahm first met in 2004 on Fox’s reality show, Renovate My Family. The show was hosted by McGraw himself, and Dahm, including her sisters, were featured as construction experts.

McGraw and Dahm got married in 2006 after dating for some time. McGraw proposed Dahm with a 5-carat diamond, emerald and platinum engagement ring in 2005.

Their wedding took place in a non-denominational ceremony, which was attended by 70 guests. It took place in Dr. Phil and wife Robin's Tuscan-style home in Beverly Hills.
However, their reception, which was attended by 400 guests, took place at the Beverly Hills Hotel. The whole hall was decorated very well. The ballroom was draped in white with a palette of deep aubergine accents and radiant gemstones. Large bouquets of dark purple calla Lilies were set on every table.

Dahm looked breathtaking on her big day. She wore a Chado Ralph Rucci’s gown. She walked down the aisle to Pachelbel's Canon in D Major. Her identical sisters, Jaclyn and Nicole were the bridesmaids and Dr.Phil served as the best man. Wedding planner, Michael Gapinski shared:

"They wrote the entire ceremony and their vows themselves. It was a very intimate and beautiful ceremony."

McGraw’s wife Dahm is a very attractive and beautiful woman. She is most famous as Dahm Triplets as she has two identical twins. 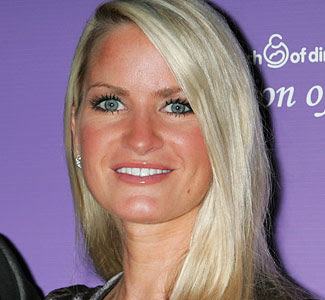 Erica has two children with McGraw. On 18th March 2010, Erica gave birth her first baby girl and named her Aver Elizabeth McGraw. Eventually, she gave birth to a son — London Phillip McGraw — on 31st August 2011. They are a complete family of four.

Cute kiddos up too late!!

Jay McGraw and Erica Dahm happily married without any divorce

McGraw and Dahm’s relationship is going really well despite being married for so many years. They are a complete family of four. Dahm has never cheated on his wife as he never had an extra-marital affair. This couple seems to be very understanding and supportive. Thus, there is no rumor about a divorce between them.

What do you guys think about this amazing couple? Do you think their marriage will last for another 10 years? Let us know in the comments below.