Eddie Huang, an American chef, restaurateur, author, food personality, producer and attorney is probably known to all. 36-year-old Huang who hosted Huang's World for Viceland raised the eyebrows of all after he turned to an underwear model.

Eddie Hugan making his transition from clothing designer to Chef and restaurateur and then to an author is estimated to be enjoying the net worth of $2 million currently. Want to know more about his net worth, earnings, and business ventures? Roll on.

Huang’s new passion has added a profession in his life. If you are unaware of it, then let us make you know that the ‘Double Cup’ author has become an underwear model.

Just after Huang was done filming his food travel series, Huang’s World, he got the opportunity to work for an underwear brand. Huang worked with the underwear label on a MeUndies x Eddie Huang collection making his debut in 2017.

The collection consists of a brief, boxer, boxer brief, and trunk that has panda-print on it. The undies are all priced $24. 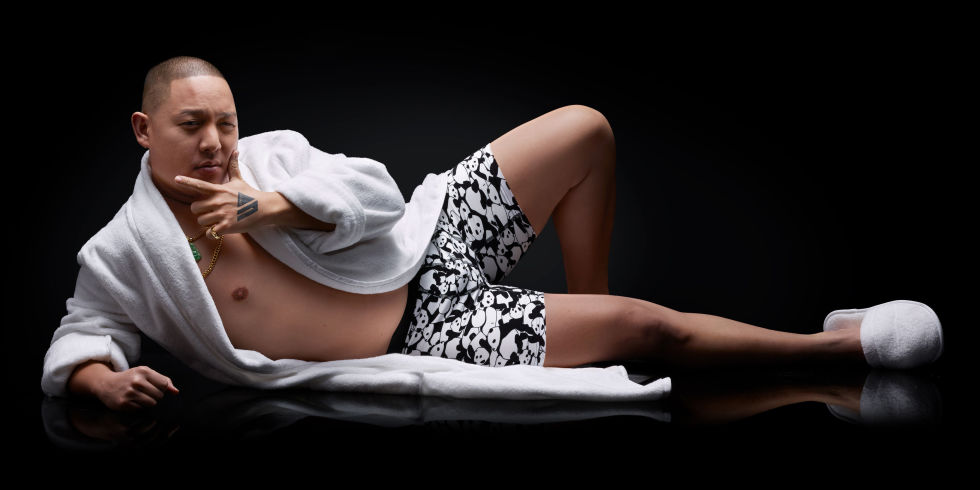 Huang who was a Polo underwear kind of guy for a long time claims that MeUndies are way more comfortable. He says that they have a better fit and he wears them every day now.

Huang wasn’t at all comfortable doing it at first as he felt that his body was trash and he would be pretty naked in the photos. However, thinking about the symbolic effect the photos could make, Huang changed his mind.

Initially working as an attorney in corporate law at the law firm Chadbourne & Parke in New York City, Eddie Huang shifted his passion for cloth designing in 2006. For 3 years till 2009, he ran a streetwear company called Hoodman Clothing with Art Director Ning Juang, a graphic designer.

Later, Huang got into chef business by learning various cooking techniques from his father’s restaurant. Eventually, became a Chow 13, influential people in food, in 2011.

He opened a Taiwanese bun shop named BaoHaus in 2009 in Manhattan. Later in late 2011, he shifted his shop to East Village.

At the end of 2011, he also hosted Cheap Bites on the Cooking Channel earning him thousands of dollars. With his successful career, by the end of 2015, Eddie's net worth alleged reached $1 million.

As of 2018, his net worth is estimated to be $2 million. Not only his passion for endorsement and restaurants earned him, but also as an effective author help Eddie Huang kiss the summit of success.

He created a blog Fresh Off the Boat where he wrote his autobiography which released in early 2013 as Fresh Off the Boat: A Memoir. His Double Cup Love: On the Trail of Family, Food, and Broken Hearts in China was published in 2016.

At present, Huang is really excited about his underwear photos. Till date, he has been receiving positive feedbacks after his photos got launched this week. Huang claims that he has been 99% approved as an underwear model by his fans. He says:

"I didn't think this is something that I was going to see in my lifetime. A husky Asian dude modeling underwear with almost unanimous positive feedback."

We hope Huang finds more success as an underwear model in the upcoming days. However, we also hope he continues his amazing work as a chef and author.