Dominic Gerard Francis Eagleton West, professionally known as Dominic West, is currently married to New Zealand producer Catherine Fitzgerald. They have been together for the past 8-years and their relationship has been rock-solid.

Moving on, born on 15th October 1969, the 48-year-old as an actor is best known for his portrayal of Fred West, a serial killer in 2011 TV show Appropriate Adult starring Emily Watson and West himself. For the portrayal, he won a British Academy Television Award in 2012 for Best Actor.

As of 2018, the actor is all set to appear in upcoming films Colette, also starring Keira Knightley, and Tomb Raider starring Alicia Vikander and Daniel Wu.

Career apart, here we are going to share some information about his marital life with wife Catherine Fitzgerald, their children, and West's past affairs.

Dominic West is married to wife Catherine Fitzgerald. How many children do they have?

Dominic first met Catherine during his university days and the pair had a thing back then which did not continue out of the university. But later in 2007, they rekindled their love getting engaged in the same year.

They lived as an engaged couple for almost 3 years until they decided to tie the knot on 26th June 2010. Their wedding took place in Glin, County Limerick, and it is obvious that it was a massive star-struck wedding. 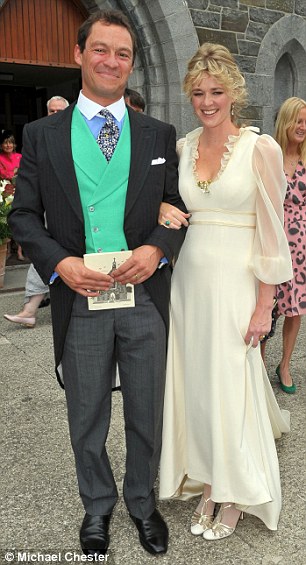 The pair has been together for the past 8-years and throughout the journey, they also have had 3 children together.

Their first child together is their daughter Dora followed by their two youngest sons Senan and Francis. The details about the kid's date of birth have not been revealed by the parents, and they have done an amazing job at concealing their children's identity. 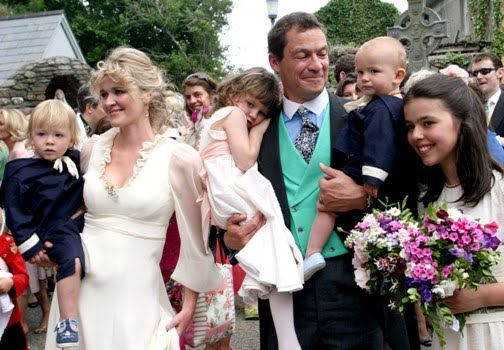 Dominic West with wife Catherine Fitzgerald and children at their wedding

Nonetheless, despite being a Hollywood couple and being married for almost a decade, there are no rumors about them splitting or getting a divorce.

West's first open relationship was with Polly Astor, who is the daughter of British politician Michael Astor. They dated back in the late 90's. Even though they never took their relationship to the next level by getting engaged or married, they did have a child together. Dominic and Polly had their first child, a baby girl Martha West on 9th November 1998. She is currently 19-years-old. Even though Dominic's first and only marriage was with Catherine, it is not the same for her. Catherine previously was married to the 7th Earl of Durham, Edward Lambton. They got married on 19th October 1995 but divorced 6 years later in 2002. Despite the long marriage, they did not have any children together.

Nonetheless, they have finally found the right people in their life and we wish them best for their married life and career.