Frostsnow https://frostsnow.com/
Home Gossip DeAnna Pappas and Stephen Stagliano Married in 2011 in Georgia. They have 2 kids

DeAnna Pappas and Stephen Stagliano Married in 2011 in Georgia. They have 2 kids The American actress Pappas attended an audition for The Bachelor in 2007. DeAnna got an entry into the show after the bachelor Brad Womack rejected both women before her. With this particular show, DeAnna gained huge popularity. She is now married to husband Stephan Stagliano since 2011.

To know more about her married life with husband Stephan Stagliano. Stay with us.

It is about 8 years since DeAnna Pappas is in relation to her husband Stephen. Stephen Stagliano is a 32-year-old American high school teacher. The couple started their relation in 2009. They dated for about one year and then they got engaged in 2010. They remained engaged for 1 year and finally, they got married on 22nd of October 2011. The marriage ceremony was held in Palmetto, a town outside of Atlanta, Georgia.

Thank you all so much for the birthday wishes. I feel so blessed and so loved today. I had THE BEAT TIME EVERRRRRRR!!!!!! #35 #disco #skateparty

After she wed to Stephen she expressed her gratitude to her friends and fans through Twitter. She tweeted: 'Thank u all 4 the wedding wishes! We had an amazing day!'

Thank u all 4 the wedding wishes! We had an amazing day! Catch the pics in this weeks @usweekly & video on @extratv aftr that! #MrsStagliano

The couple announced that they were expecting their first child in August 2013. They were blessed with their first child, a daughter Addison Marie on 6th of February 2014. Last year on 1st of March 2016 they gave birth to their second child.

Early morning snuggles! He's as big as she is! ?? Loving Austin's outfit @babybreezclothing Thank you for sending to us!! ????

The couple is really moving smoothly in their love relation. There is no news about their divorce. DeAnna is not involved in any relation after she got married to her husband Stephen. However, she was linked with some guys before she tied the knot with him. Want to know about it. We have it here for you.

DeAnna Pappas was previously in relation with Jesse Csincsak. Jesse is the man whom she chose on the finale of the Bachelorette in 2008. The couple started dating in 2008. They dated for 5 months and got engaged. After 1 year of their engagement, they called off their engagement and ended their relationship. 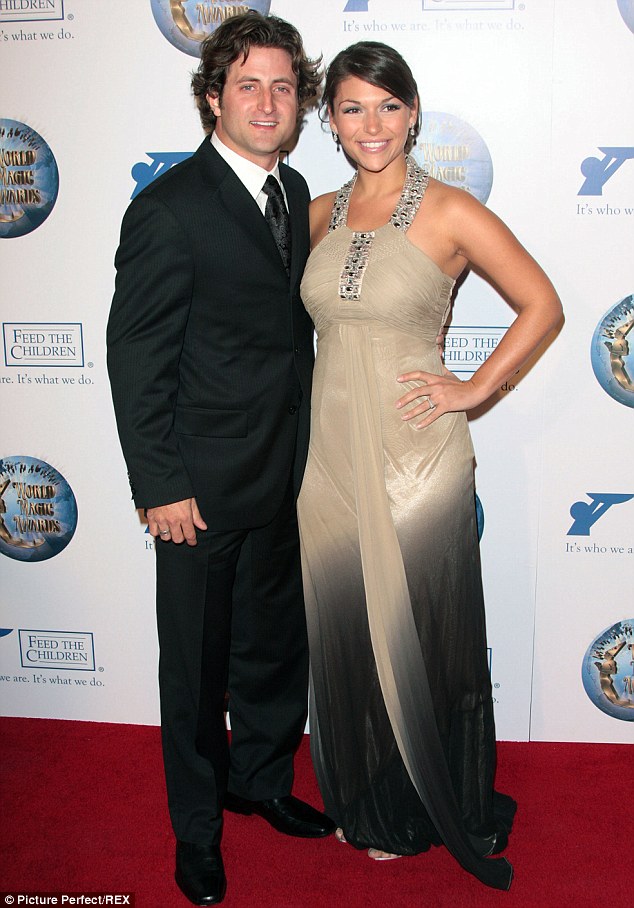 DeAnna Pappas and Brad Womack dated for three months during September and November 2007. Brad Womack is an American reality TV Contestant who also participated in The Bachelor.

DeAnna Pappas and Stephen Stagliano are the two adorable couples and are now proud parents. We wish the family all the very best for the future.