The 29-year-old Dawn Chang is a professional baker, who owns small cake and cupcake shop DC Delights. She was raised by two lesbian mothers in Parañaque City. The part-time dancer in Australia rose to fame via  Pinoy Big Brother 737 on which she finished as fourth back in 2015.

Currently, Dawn is in a relationship with boyfriend Justin Cuyugan,  an actor, and assistant director. The former Pinoy Big Brother regular housemate made headlines with her dance moves with Zeus Collins, her fellow housemate during the series.

Besides that, Dawn's name has always been in tabloids mainly because of her relationships.

To know about her personal life, continue to read below.

During a brief interview with radio host DJ Jhai Ho, Dawn admitted that she is dating Justin Cuyugan. When asked about her relationship with Dawn, she without any hesitation said,

Yes, we're dating. It's safe to say we are together.

Dawn's Instagram and Twitter account is filled with sweet photos of her and her boyfriend Justin. In the same interview, she added that Justin's open mind and his listening skill is what attracts Umagang Kay Ganda host.

Maybe home is nothing but two arms holding you tight when you’re at your worst. pic.twitter.com/YS1t6rAQPY

Even though the couple seems to be happy in each other's company, Dawn isn't married to Justin, who is already a father of three from his previous marriage. 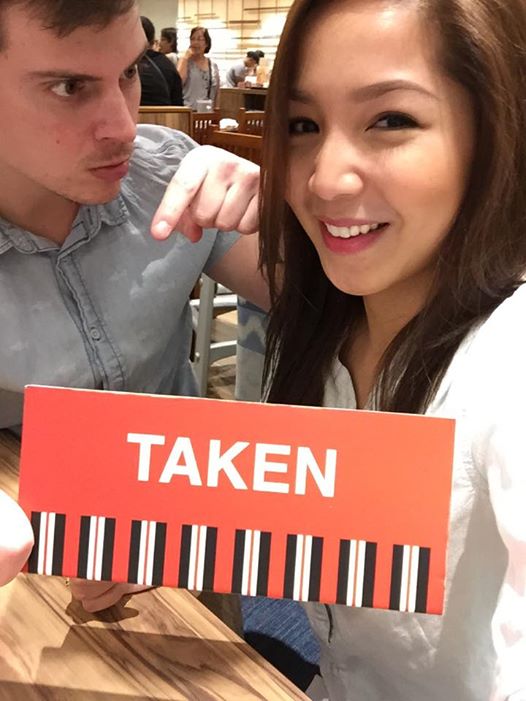 Prior to his relationship with Justin, the GirlTrends member dated an Australian named Cameron. The former couple used to share their adventures and moments together via the Facebook page “English Tagalog 101” which they had created back in those days. Dawn was in the relationship with Cameron for 2 years.

Dawn Chang during her early days was a dance teacher at the Hotlegs Dance Company, who specialized in ballet and jazz.

Her love for baking led her to start up cupcake business under the name DC Delights. She is mostly in her shop making small-cakes and other baked goodies.

I can literally finish a box in one sitting! How about you? ?? ??? pic.twitter.com/iu3JsPwBQO

Dawn became the part of the reality show Pinoy Big Brother 737 in 2015, which is the Philippine version of the Big Brother. She was a regular housemate in the show along with Miho Nishida, Tommy Esguerra, and Roger Lutero. She won the fourth position in the show.

Afterward, she became a member of GirlTrends and a host of Umagang Kay Ganda, a Philippine morning show. Her acting skills were appreciated in movies like Maalaala mo kaya (1991), Ipaglaban mo (2014).

Apart from being a baker and dancer, Dawn is also an experienced model. She has appeared on several of television commercials and on the cover of FHM too.

Don't forget to grab FHM February issue! featuring the one and only Dawn Chang! ?????? pic.twitter.com/JHCw9h7Bcx

Hope her relationship with Justin remains as loving as it is forever, and we hope to see her in a wedding dress in near future.