Frostsnow https://frostsnow.com/
Home Gossip David Cronenberg's "Maps to the Stars" proves his intelligence. Know about his career and awards

David Cronenberg's "Maps to the Stars" proves his intelligence. Know about his career and awards David Cronenberg’s movie ‘Maps to the Stars’ was released on 21st May 2014. It was an amazing movie and was also critically acclaimed and the movie was successful in earning USD $347,648. Cronenberg himself is a very prosperous filmmaker and an amazing director.

'Maps to the Stars' gross earning

'Maps to the Stars' plot

The movie revolves around the perception of child celebrity and the huge Hollywood showbiz. It also consists of an actress who speaks up about the entertainment industry’s relationship with Western civilization. Overall, the movie delivers and executes the truth about the world of Hollywood.

Video: 'Maps to the Stars' trailer

Cronenberg has done mind-blowing direction in the movie which is simple to experience but hard to explain. He has presented his character in a raw form that is mixed with agony, joy, haunted yet beautiful. 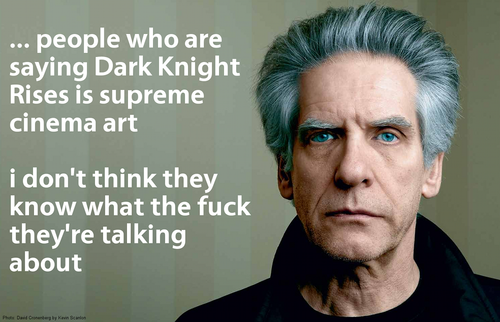 'Maps to the Stars' release

‘Maps to the Stars’ was premiered at the 2014 Cannes Film Festival during the Palme d’Or competition on 19th May 2014. In fact, the Best Actress Award was won by Maps to the Star’s Julianne Moore. The movie was released on 21st May 2014 in the theater.

Cronenberg is not just an amazing filmmaker, but also an actor and author. He is best known as visceral horror genre originator which refers to people’s fear of bodily alteration and infection. His movies generally include physical and psychological entanglement.

This is how amazing Cronenberg’s career has been and we hope he continues to provide us with some mind boggling movies. Best of luck for the future David.