Dave Abrams and Jennie Garth are no more together on the marriage track! The 36-year-old The Hike actor has filed for divorce from the Beverly Hills, 90210 actress after three years of marriage, according to court documents obtained.

The reason for the couple's separation has cited as irreconcilable differences. Their split news comes five months after the report that the couple was spending time apart came.

In November 2017, a strong source close to the duo said, "They are working on their marriage." 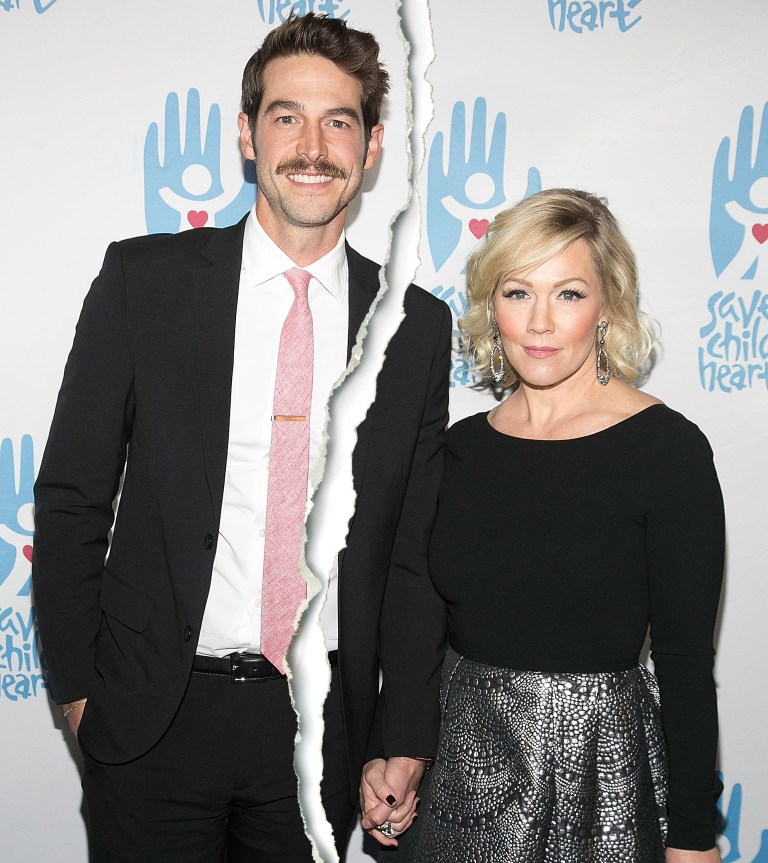 Dave and Jannie married in July 2015 just outside of Los Angeles. The couple made their relationship public in January 2015 and got engaged in April of the same year. Three months later, the pair officially became husband and wife.

In November, a source told that the estranged couple was "still trying to make it work, but they haven't been living together. They love each other, but like every marriage, it takes work. Jennie is taking the time to focus on her girls and herself."

Jennie's marriage and divorce with Dave are her third one. She was previously married to Degrassi: The Next Generation actor Daniel Clark in 1994, but they ended their marriage with divorce in 1996.

Five years later, Jennie married Fastlane actor Peter Facinelli but the couple eventually got a divorce in 2013. They share three kids together.