Frostsnow https://frostsnow.com/
Home Gossip Dating Is Tough Says Jamie Gray Hyder: Who is Her Boyfriend?Know about her Affairs and Relationship

Dating Is Tough Says Jamie Gray Hyder: Who is Her Boyfriend?Know about her Affairs and Relationship Celebrity and relationships are interrelated terms. We often hear news and gossips about stars getting indulged in relationships. So when this kind of reality exists, it is quite hard to believe when a gorgeous and super hot star is single. And the case is same with Jamie Gray Hyder.

Hyder is a young and energetic actress who is known as Lucia, the sultry sister of a drug lord on ‘USA’S Graceland’. There are a lot of men who have a crush on Hyder, but Hyder seems to be more focused on her career rather than boys. Her social networking shows that she is quite close to her kickboxing trainer but there’s no proof they are dating. Read more:

Belonging to the Washington D.C., Hyder is a University of Georgia alumnae. Her performance is so real that he has won the hearts of millions of people. 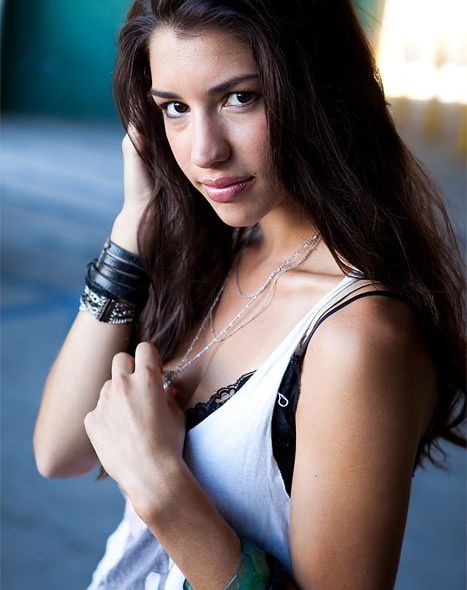 She has stunned audiences around the world with her exceptionally sexy and adventure-seeking characters, but she may be best known for her role as Danielle, the spunky, tenacious werewolf on HBO’s True Blood.

Jamie Gray Hyder says dating as a celeb is tough

Although Hyder’s career is rising successively, her love life is quite lacking. She doesn’t have a boyfriend but accepts that dating in the spotlight is quite tough.

“You’re going to get those guys who really appreciate you for you and a sea of others who are only interested because of what you’ve done or where they see you going.”

Although Hyder’s relationship status is single at present, she recently opened up about her ideal relationship and said that communication is most important in any partnership. Talking to each other about whatever it is that needs to be discussed appears to be an essential aspect of Hyder’s love life.

Smiling on the outside, #dead on the inside. Thank you to the unflappable @fightsharkmiller for making an extra piece of holiday pie a possibility! #kickboxing #trainer #OUCH ??????

“If your partner is going to be defensive or disrespectful, it makes it really hard to have a conversation. Good, open communication can really be helpful to any problem you may face.”

The 32-year-old star also gave dating advice to girls as she revealed that if certain issues cannot be walked through, it is best to recognize the truth and move on although goodbye can be hard. Hyder believes that being with more than one person is best to know who is right for you.

Source: King of the flat screen

Hyder has disclosed no any records of past or present affairs which directly proclaims her single status. Sinc the gorgeous star is enjoying her fame as an actress, it seems like she is too busy to look out for boys. the

Just as she said dating in spotlight is tough, we suppose that is the reason why she hasn’t been seen with anyone yet.