Danielle Stub is an American actress with extreme beauty and talent who rose to fame after giving her notable role in the famous reality television drama series The Real Housewives of New Jersey.

She is a twice divorced woman with her ex-husbands Kevin Maher and Thomas N. Staub. However, she is now happily engaged to her long-term boyfriend Marty Caffrey.

Staub married twice in her life. Her first husband was Kevin Maher who is an undercover FBI agent. The couple first met at a party and eventually started dating. Later, in 1986, the couple tied the knot. However, their marriage didn't last more than a year and they divorced in 1987.

The relationship of Danielle and Kevin was more physical than emotional, which included sex, drug, and physical violence a heart touching fact that the couple met at a cocaine party. on 1st September 2010, Kevin gave a statement to radaronline.com that:

Throughout our entire relationship from the very first day I met Danielle Staub till the end, there was cocaine involved just about every day of our lives.

Kevin also revealed that he only married Danielle because of the fear that it would break her probation terms as Danielle loved his company a lot.

The couple shared a really aggressive relationship and full of abuse in every manner. He further revealed that Danielle was a nymphomaniac and wanted to be intimate in any way. 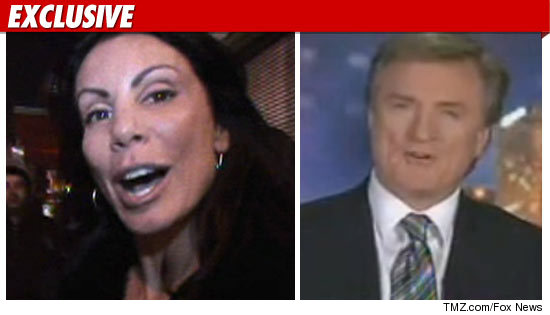 All the statement he gave was in response to Danielle's lawsuit, including the serious allegation of being raped. Danielle even accused Kevin of killing her dog.

However, Kevin completely denied accusation put on him saying that was never the aggressor and used to defend himself from harm. He said:

The woman is a violent, aggressive woman. And she’s 5 foot 7 tall. And when that woman came at you, I defended myself. I cannot recall a time where I hit her that I was not defending myself.

I know we would get physical. I know I would take her down to the floor and try to hold her down, and she was kicking, scratching, biting. She took a knife and cut me…I’ve never punched her with a closed fist. I open-hand slapped her. I did pretty much- I think my biggest routine with her was I mushed her. I would grab her face and push her away from me. But I never was the aggressor in any altercations that I ever had with that woman.

After sometimes, Danielle met Thomas N. Staub at a strip club and eventually started dating. They must felt special to each other on their first meet. After months of dating, the couple exchanged their vows in 1993. It was already 12 years of their togetherness and they ended the relationship with a divorce in 2007.

Before getting the divorce the couple gave birth to two children; both were daughters and their names are Jillian and Christine.

Here's an Instagram posted by Danielle together with her two daughters recently. Check it out.

All Set To Get Married for The Third Time: Engaged To Marty Caffrey

The 54-year-old actress Danielle Stub is now all set to get married her longtime boyfriend Marty Caffrey as recently E! News revealed that they're engaged. E! News stated that Marty Caffrey proposed her in front of the cameras of Real Housewives in New Jersey last week.

The day he proposed, Danielle said her life is now perfection

Video: Danielle Stab All Set To Get Married To Long-Term Boyfriend Marty Caffrey

The couple is dating for so long but their relationship was not confirmed until April 17, 2017, when Danielle Staub posted a picture with Marty; stating the day as their first anniversary.

Thus, it was confirmed that the couple has been dating since April 2016. Here's the Instagram post of their bond.

Here's to my #first year #anniversary with this cutie ... you are a wonderful man and I'm blessed to have you in my life ... #happyoneyear @marty_caffrey ??

We wish the couple all the very best for their new life and we are waiting to hear their wedding bells. For more updates, stay tuned to Frostsnow. Amanda Holden Married to Husband Chris Hughes, Are They Happy Together? Her past Affairs & Child