Over the last couple of years, we don't see many players shooting their career to the moon. Standing as an exception, James Rodriguez has successfully established himself as a renowned footballer at a very young age of 25.

Real Madrid's James is also regarded as one of the highest-paid athletes in the world. Besides, James whose professional life is more of an open book is very secretive about his personal life. You might not know, but this Colombian superstar is already married to a Volleyball player Daniela Ospina. Furthermore, he is also a father of a daughter.

For more details, read the full article. Just stay with us.

You won't believe, but the fact is James got married when he was just 18. After a couple of years of dating, the footballer, James tied the knot with the Volleyball player Daniela Ospina back in 2010. They had their wedding just months after James signed for FC Proto. Their wedding was conducted in a private ceremony in front of some nearest and dearest friend and family.

Later, the married couple moved to Madrid after the Real Madrid football club signed James for an astounding $108 million. This worth was the fourth highest ever paid to a player. 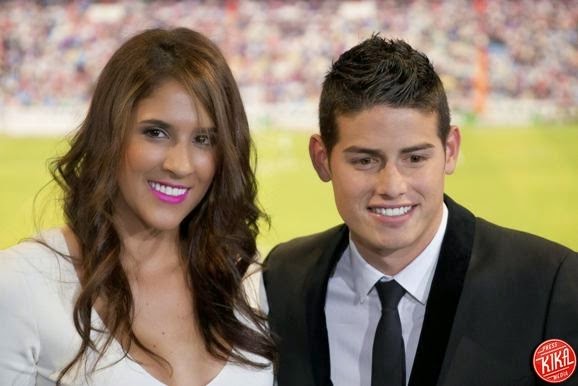 Now, you might be wondering how their love affair began. Though it's unclear how the duo initially crossed paths, James and Daniela were reported to be introduced to one another by David who is an elder sibling of Daniela, back in 2008.

They spent quite a time together, initially as a friend but later the couple fell in love with each other and eventually started dating. James didn't waste time and proposed Daniela for marriage. Daniela too didn't take much time to accept his proposal and said "Yes" to James. 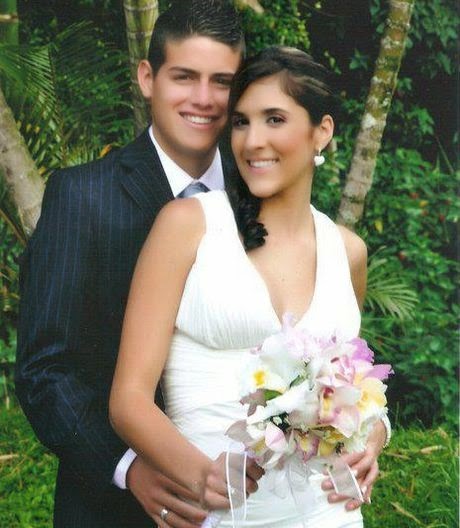 Within a year of their engagement, the couple got married. After a couple of years of their marriage, a news regarding the pregnancy of James' wife Daniela came in the media which put smiles on the face of his millions of fans.

Daniela gave birth to a baby girl back in 2013. The couple named their daughter Salome Rodriguez Ospina. James loves his family very much and he often shares pictures with her loving daughter. Check them out.

Wow! How beautiful the father-daughter relationship is.

We wish this family all the very best for their future and we hope they never have to face any difficulties ever. For more updates, stay connected with Frostsnow.