Frostsnow https://frostsnow.com/
Home Gossip Daniel Radcliffe touring the country with his own corpse for the promotion of his upcoming movie In  a world where Potterheads all over are still in denial that Daniel Radcliffe could be anyone else other than the wizard Harry Potter, Radcliffe is cruising through the streets atop a double-decker bus with his lifelike buddy in tow, peering over the edge, waving to onlookers, and engaging with a group of fans seated around them on the vehicle.

Daniel Radcliffe is doing a unique promotional stunt for his new movie. Radcliffe -- who has become something of a genre staple in films like Horns, The Woman in Black and Victor Frankenstein -- stars in the upcoming horror comedy Swiss Army Man as a dead person. The promotional “Manny About Town” tour began Monday in New York City. 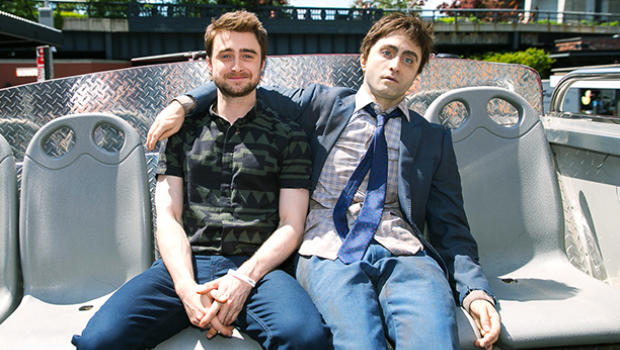 Swiss Army Man stars Paul Dano as a young man stranded on a deserted island, about to end it all before he spots a flatulent corpse (Radcliffe) lying on the beach, utilising his gas to propel himself to the mainland before embarking on an adventure through the wilderness with his newfound companion.

The movie was premiered at the Sundance Film Festival on January 22, 2016, where it received much praise and acclaim by the viewers. The limited release of the movie will be held on June 24, 2016, followed by worldwide release later on,

Radcliffe, himself, seems quite excited for the movie and his character.

"I love that it's this perverse and mad, It’s exciting, to be honest, using farts for other than comedy, like using them for plot and emotion and making some people super uncomfortable. There is something wonderful about it."

Radcliffe has been dating Erin Darke since 2012 after meeting on the set of Kill Your Darlings. Daniel Radcliffe has revealed the exact moment he fell for his girlfriend in an interview with Playboy.