Dana Wasdin welcomes son With her Husband Shawn Ashmore,Know about Their Married Life

What’s greater happiness than being a parent, right? It seems like 2017 is an amazing year for Dana Wasdin and her husband Shawn Ashmore as they welcomed their first child together. Wasdin and Ashmore's family finally looks complete after the arrival of their baby boy.

Ashmore is a very successful actor and is most widely renowned as the X-Men star. He was many ladies' crush until 2012 as he got hitched to gorgeous Wasdin then. Wasdin and Ashmore's married life is going pretty smooth that is why there are no rumors of divorce between them. Read more to know the details about their marriage and child:

Shawn Ashmore couldn't hold the excitement of being a father, thus he took to Instagram to reveal the great news of his son's arrival in this world. His post includes overwhelming photos of his child's hand holding his finger. We bet, that will make you guys go aww!

Couldn't be more in love with my new baby boy and my incredible wife ????????

Ashmore not just mentioned about his newly-born baby but also praised his wife in his caption.

The excitement was not just limited to Ashmore as his wife Wasdin also shared photos and videos of her baby's tiny legs and feet. She captioned the video: "We did it guys!!!"

Well, we can totally understand how the new mother might be feeling. Following the video, Wasdin posted another photo of her baby's gorgeous pink feet. She wrote: "So in love"

Does Shawn Ashmore have a child with wife Dana Wasdin previously?

If you have been following Wasdin on her Instagram, you might get confused by a little baby girl's presence on her feed.

We would like to clear your doubts here as the little girl is now Wasdin and Ashmore's baby but is of Aaron Ashmore, Shawn's brother.

The new parents met for the first time on the set of 2010 movie 'Frozen' where Ashmore was an actor but his wife was an assistant director. The walked down the aisle in a lavish wedding ceremony that took place in Los Angeles' Culver City on 27th July 2012. The loving couple was very happy to exchange their vows as well. 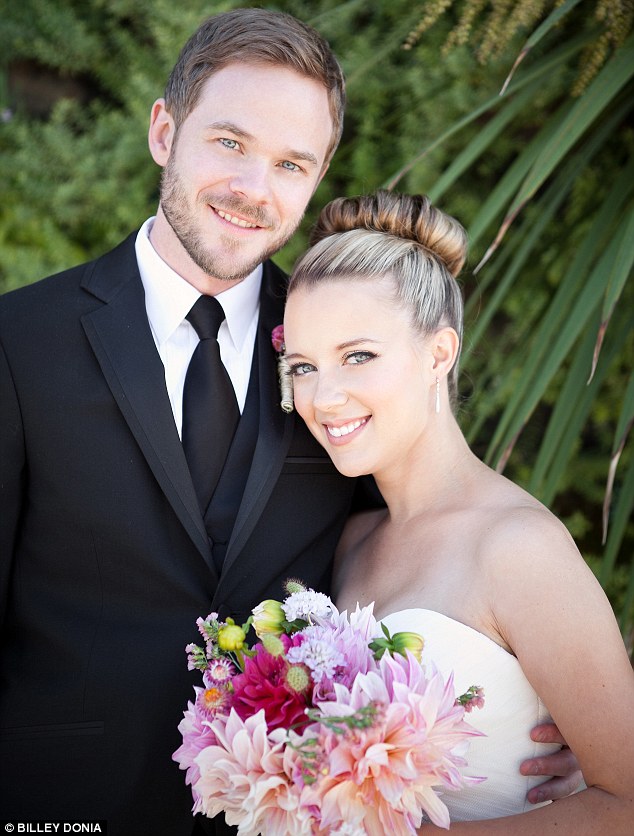 Ashmore and his pretty wife have been together for almost 5 years now, but still, the love between them hasn't gone less. We hope the arrival of a new life In between them will strengthen their relationship even more. Congratulations to the happy parents!