Frostsnow https://frostsnow.com/
Home Gossip Dan Abram and his girlfriend Florinka Pesenti have a kid. When will Abram and Pesenti get married?

Dan Abram and his girlfriend Florinka Pesenti have a kid. When will Abram and Pesenti get married? Friends are a boon in our life. No doubt about that little fact. But what makes them so precious? Among many of the perks of having a friend, having them set up a date with your future partner does seem to top the list for some very special duos of friends.

And that is exactly what seems to have happened with our chief legal affairs anchor for ABC News, Dan Abrams. 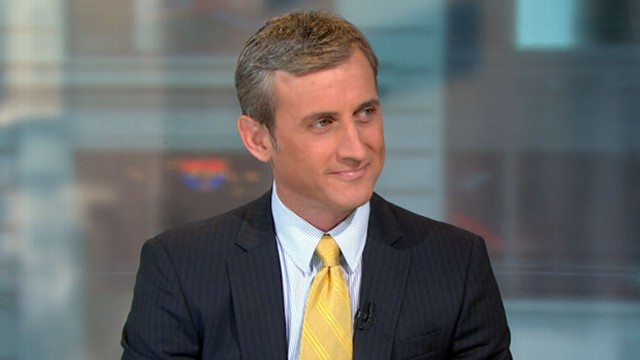 With a string of failed relationships with girlfriends, Abrams was deemed to be “not a relationship guy” by his near and dear ones. Though a faulty one, his string of lovers were immense beauties such as German actress Elisabeth Rohm, English actress Jaime Murray and the Oscar-winning actress Renee Zellweger. Abrams was even engaged to Rohm back in 2005. But it seemed as if Fate had not wanted things to work out for Abrams, just not yet.

That was because Abrams was still to meet the actual love of his life, Florinka Pesenti. They met through a mutual friend at a party in 2009. Though they didn’t start dating right away, they eventually hit it off. Pesenti is the director of public relations for Gucci. Pesenti, 37, catapulted into Wikipedia in 2002 as the first female winner of the reality show “The Amazing Race.” Though not engaged to each other as of yet, they gave birth to a baby back in June of 2012. They have named their son Everett Floyd Abrams.

Dan, 50, had said before the birth of their son “Florinka and I are really excited about this. I have been looking forward to having a child for many years and am thrilled that Florinka and I will be welcoming a baby this summer.”

As for Pesenti, she presented further insight into their life affairs. “We went into it sort of unconventionally, because we weren’t married. But even though we’re very different people, we have a lot of the same philosophies on life. And we felt we were on very solid ground. That seemed to be a very good way to go into a crazy thing like parenthood.”

So with their relationship going strong, it is very much likely that Abrams is going to pop the question soon enough. And we know what the bride-to-be is going to answer. A strong relationship affair, and that too with a kid, always makes things easier, doesn't it?