Cynthia Bailey no more married to Peter Thomas; The husband and wife divorce finalized in 2017 If you are a ‘Real Housewives of Atlanta’ fan, you might know Cynthia Bailey as one of the gorgeous housewives. Bailey was married to Peter Thomas then, but the husband and wife duo is no longer together. Yes, you read it right! Bailey and Thomas’ divorce got finalized in 2017 which dissolved their six-year-long marriage.

Even though Bailey and Thomas don’t have any children of their own, Bailey is a mother of a 17-year-old daughter Noelle Robinson from her previous relationship with Leon Robinson. Let’s find out how and why Bailey ended her years-long relationship with Thomas.

Bailey and Thomas met in 2008. They dated for few years and later tied the knot on 24th July 2010. Their beautiful wedding ceremony was aired by RHOA on its January 2011 episode.

Bailey’s decision of divorce shocked all of her fans because everyone thought that the pair’s relationship was in great terms. When Bailey told E! about her decision, Thomas was really disheartened as he wanted to publicize the huge news together. 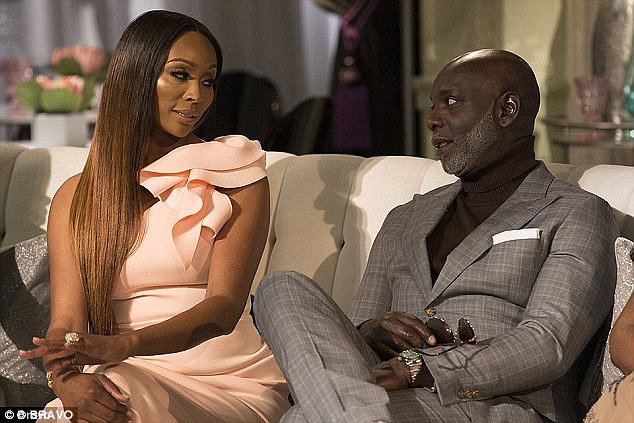 In an interview with Uptown, Thomas revealed that even though the couple had talked about divorce, it was his then-wife who needed it but not him. He also revealed his love for Bailey by saying that he never cheated on her and he is happy that she found peace.

‘I have never done anything, but love and defend my wife. She knows this too. I've always been here for Cynthia, even though she is fiercely independent. I want her to be happy. I want her to win, and I am happy she has seemingly found peace.’

The pair had started living separately since June 2016. Bailey told E! that she wants to take some time for herself. She believed that the distance did well to them and the more time they spend staying apart, the easier their divorce will be.

He doesn’t give all the blame to the show, as he says that the foundation of any relationship should be strong as a reality show can be both curse and blessing.

Bailey is all set to date someone new. Bravotv reported that Bailey isn’t on any dating sites right now but she will join one really soon. We hope Bailey finds the one that she has been looking for really soon. Best wishes. Tragic end to the Married Life of Susan Moonsie and David Garfield, Know her Current Affairs