Frostsnow https://frostsnow.com/
Home Gossip Countess Vaughn and boyfriend engaged as they will get married soon. Who is the soon-to-be husband?

Countess Vaughn and boyfriend engaged as they will get married soon. Who is the soon-to-be husband? The former ‘Moesha’ star Countess Vaughn announced that she is engaged through her Instagram account. She posted a photo in which her to-be-husband was bent on knees and proposing her. Everyone , along with us, wants to know more about her mysterious guy. image: Countess Vaughn and her fiancee proposing her (Taken from Vaughn's Instagram)

Vaughn and her soon-to-be husband have been dating for a very long time. Precisely, she has dated her boyfriend for ten years now, and finally, it looks like their long-term affair is taking a new turn. However, this couple has not announced their wedding date, but we can guess that it is not very far. image: Vaughn along with her fiancee

Talking about her engagement, she announced the amazing news on 26th March through her Instagram post, which was captioned, “He asked to marry me….and I said yes..” Isn’t that so cute? Well, few people thought it was not and she received many negative comments, because of which she had to remove the post.

Countess Vaughn's was married in the past 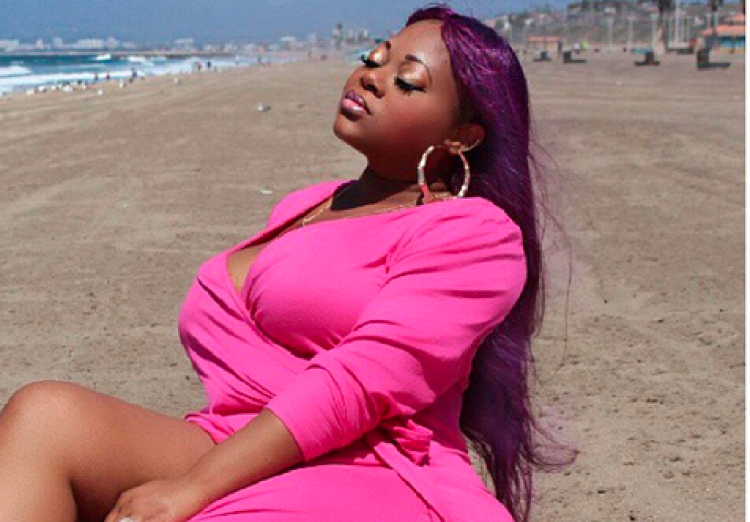 Talking about Vaughn’s past relationships, she was married to Joseph James in 2002. She has two children with him. Her older son is Jaylen James, and Sasha is her younger daughter. Despite being a complete family of four, her relationship with Joseph only lasted for three years. This duo got divorced in 2005.
During her relationship with her ex-husband, she never cheated on him. Neither she was involved with some other man and had an affair. In fact, there is also no information about James’ girlfriends. Thus, the main reason behind this couple’s divorce is unknown.

Vaughn is finally ready to get married

image: Vaughn and her fiancee

It has already been 11 years of her divorce from her previous husband, but it looks like Vaughn is finally ready to start the next chapter of her life with the perfect man. Vaughn’s fans and admirers want to know more about her soon-to-be husband, but we are not quite sure why she is keeping that a mystery.

Countess Vaughn is born on 8th August 1978 in a small town of Idabel, Oklahoma. She was born to Leo and Sandra Vaughn. Her parents were schoolteachers. She, along with her church Choir, began singing at an early age of 3. She has sung many songs till date.