Let's know about Steven Yeun's personal and professional life. Just stay with us.

Must read - The rumors regarding The Walking Dead stars Lauren Cohan and her on-screen husband Steven Yeun dating?

The Walking Dead star Steven Yeun recently welcomed his baby together with his wife Joana Pak on March 17. It’s a little boy!

The duo announced Joana Pak's pregnancy, telling that they were expecting their first child together in Dec. 2016, just days after their beautiful wedding.

This might sound a little bit confusing but yes, Joana was already pregnant with her husband Steven while dating him but the couple kept this fact secret from the eyes of their fans and media so long until their marriage. 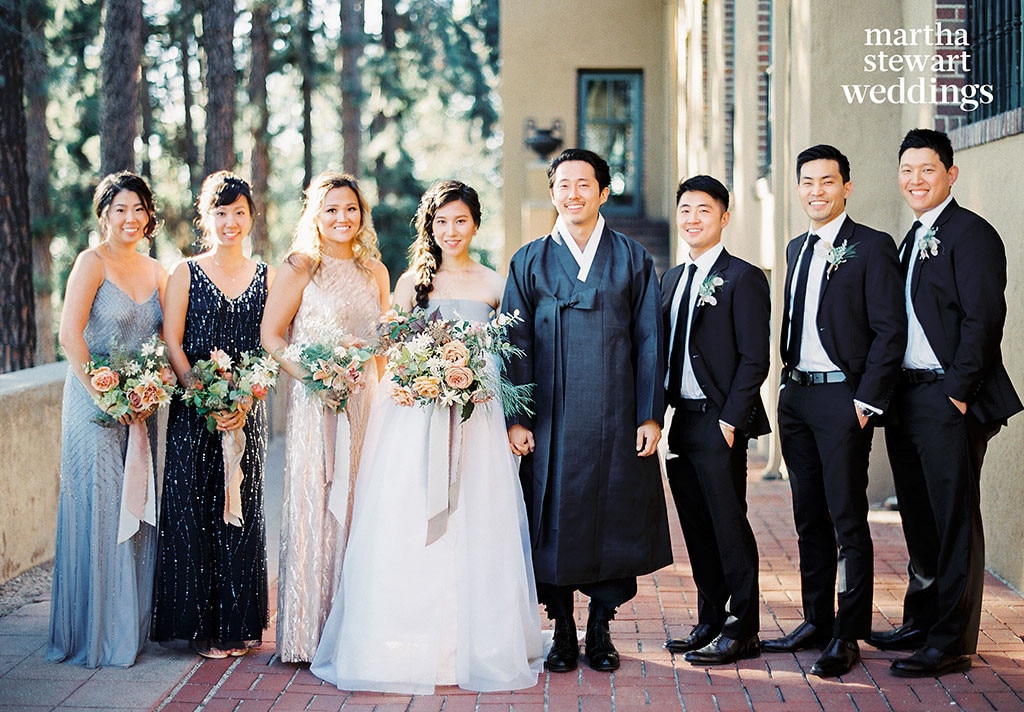 Steven Yeun and his wife Joana Pak on their wedding ceremony

No one had noticed any changes in Joana Pak's body when she got married to Steve on December 3, 2016, but if we look back in all of their wedding photos, we can see Joana hiding her stomach with her dress and bouquet.

But after their marriage, both Steven Yeun and Joana Pak has revealed that they are going to be parents on both of their Instagram accounts.

In addition to this news, there also was a rumor regarding Joana Pak getting pregnant with twins as Steve posted a series of pictures showing off his wife's heavily pregnant body.

In the above picture, we can again see Joana Pak's super huge baby bump which definitely looks like she’s carrying twins. But, four days back Joana Pak gave birth to her only child completely falsifying the rumor.

It's still a mystery about when and how this cute couple's amazing love story began but it's true that the duo was dating each other for many years before getting married.

Steve Yeun finally tied the knot with his longtime photographer partner Joana Pak in a beautiful marriage ceremony. The wedding was conducted at historic Paramour Estate in Los Angeles on 3 December 2016 which was attended by their closest family and friends as guests that included Emma Bell, Norman Reedus, and Melissa McBridge.

Getting to celebrate the love between these two, last night, along with all their friends and family was so beautiful and special!! This whole week has been an awesome, family-filled, fun time and it's been so great! (We've also gained a brother in-law from it!) #loveyouguys #pakpack

There're lots of Tweets from their friends and fans who congratulated this amazing couple on Twitter.

Let's have a look at those tweets.

congrats @steveyeun on your beautiful wedding!! miss you #thewalkingdead

So much fun celebrating the wedding of @steveyeun and jopakka with these lovely ladies! https://t.co/9Fp9SBr5Dx

Lastly, let's wish the four million net worth's actor Steve Yeun all the very best for his future together with his child. For more updates stay connected with Frostsnow. Shannon Leto is not Getting Married, Who is he dating? Know about his Affairs and Relationship