The versatile television personality, Claudia Winkleman is a famous British Journalist, television presenter, and a radio personality. Besides, she is also a model and film critic. Aged 45, this gorgeous lady is best known for her work on BBC.

Claudia Winkleman who has an amazing professional life carries an incredible personal life too. She is married to her beloved husband Kris Thykier since 2000 and is living happily together with their children.

Read the full article for detail study. Just stay with us.

Got Married To Kris Thykier In A Secret Wedding Ceremony

Claudia Winkleman and her husband tied the knot in a secret marriage ceremony among their nearest and dearest friends and family members. According to whosdatedwho.com, the couple got married on 24th June 2000. 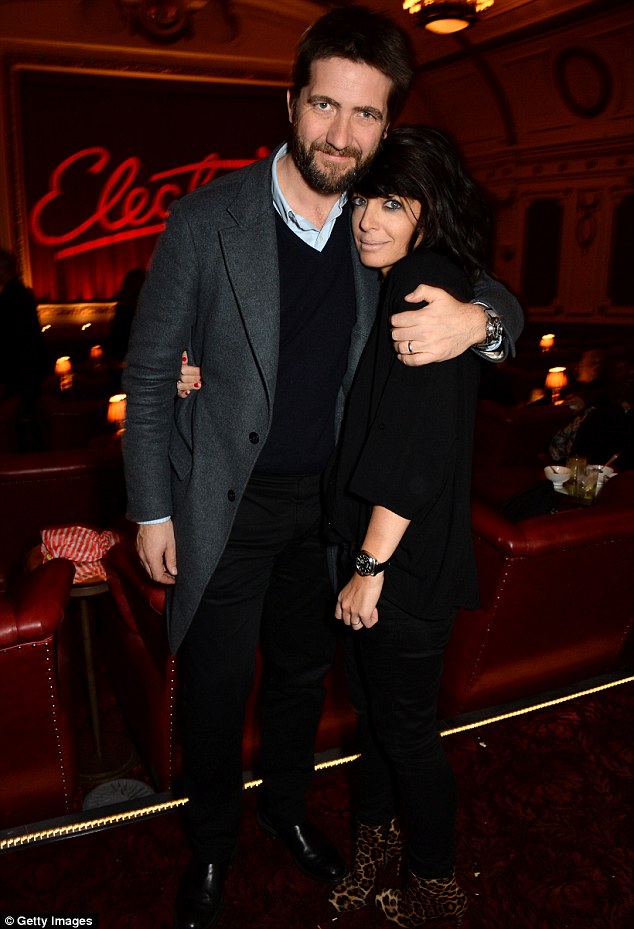 It has been about 17 years of their relationship, and with every passing day, the love and passion for each other is just getting stronger.

Why Claudia Refuses Sex With Husband?

Let us tell you a fascinating fact about this married couple. While interviewing the Spice Girl actress and fashion designer Victoria Beckham, Claudia Winkleman made a big revelation. The Strictly Come Dancing host opened up that she refuses the sex with Kris when he dresses badly.

Claudia said her husband looks "disgusting" when he picks his clothes own his own. She said;

He says, ‘Shall I wear trainers and a baseball cap?’ I say, ‘Not if you want me to have sex with you’.

Parents of Three Children: Two Son And A Daughter

The couple is blessed with three children out of which two are sons namely Jake Thykier and Arthur Thykier while one is a daughter Matilda Martha Thykier who is 8-years-old. Claudia once admitted that her husband Kris banned her from having more kids.

Let us tell you another interesting thing, it's just been a couple of years that Claudia became active on Instagram and the first picture she posted was of her children. Check it out.

You might not know but, on 31 October 2014, the eight-year-old Matilda was taken to hospital after being seriously injured when her Halloween costume caught fire.

Her mother said that her costume brushed against a candle and caught fire. That incident prompted the government to tighten the flame retardation of Halloween costumes. Well, Matilda is alright and well recovered now.

We wish Thykier family all the very best for their future and we hope they never have to face any difficulties again. For more updates, keep in touch with Frostsnow. How Much Is Journalist Hannah Storm's Net Worth? Details on Her Property and Source of Income