The English actress Claire Antonia Forlani and the Scottish actor Dougray Scott had their wedding in a private civil ceremony in Italy. They got married on June 8, 2007, and they have a son together named Milo Thomas who was born on 27 December 2014.

Scott's wife Forlani is originally from Twickenham, London and is widely known for her 1990 film Mallrats. She has a recurring role in the CBS action series CSI: NY and NCIS: Los Angeles. Besides, Scott has also played the role of a villain named Sean Ambrose in the Tom Cruise movie Mission Impossible II and was also offered to play Wolverine in the feature film version of  X-Men which he declined.

Forlani and her husband Dougray first got introduced through their mutual friend back in 2005, almost two years before their marriage. And they got along pretty well and fell for each other. The couple eventually decided to take their relationship to next step. Well, Scott was 41 years at that time he proposed Forlani who was 35. The couple reportedly got engaged in Los Angeles in September 2006.

Talking about his engagement Scott said:

I feel so lucky to have met her. She's an amazing actress and human being. I am very happy.

Dougray Scott who was previously married to a casting director Sarah Trevis got married to his second wife Claire Forlani on June 8, 2007, subsequently after his divorce in April 2000.

Forlani wore a strapless gown which was designed by Junko Yoshioka with a classic old Hollywood feel with a crystal hair pin by Swarovski and Jimmy Choo heels. Image: Dougray Scott and his wife Claire Forlani on their wedding day

Besides, Forlani 's father took all the responsibility and was seen welcoming the guests with all his heart on daughter's big day. It was even speculated that the lavish ceremony in Italy was more of her father's idea. The ceremony had around 100 guests which included close friends and families.

Moreover, her father was also seen cooking for the reception event at the family's country home in Pievebovigliana.

Before Claire, the Scottish actor Dougray was married to Sarah Trevis. Scott and his former wife Sarah are the parents of twins, Eden and Gabriel Trevis Scott who were born on 1998. 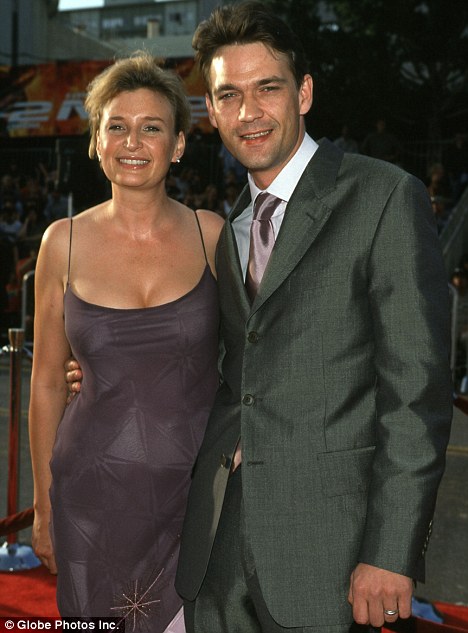 Well, it's been almost 10 years since Claire and his husband Scott have been married and the lovely pair has been enjoying their good life and there no sign of their separation which is the best thing. Anyway, it is always great to hear about the relationships getting better with every passing day.

Stay with us for more updates.